2 injured after vehicle slams into business in Downey 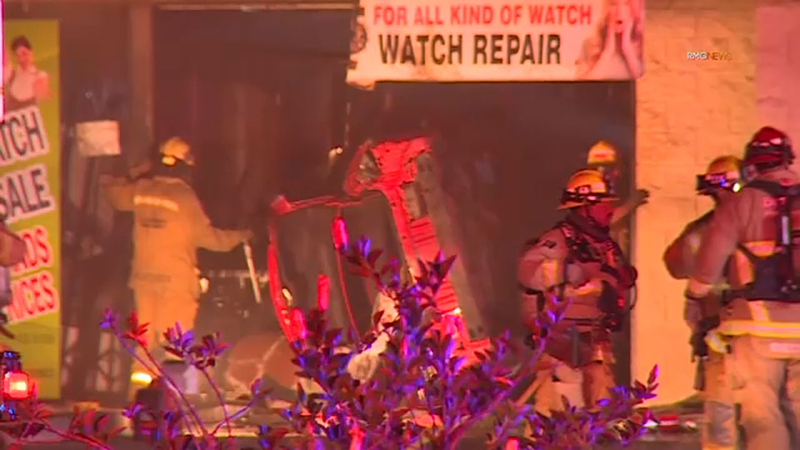 2 injured after vehicle slams into business in Downey

DOWNEY, Calif. (KABC) -- Two people were injured after a car slammed into a store in Downey early Monday morning, according to authorities.

Downey police responded to a solo-vehicle crash at about 1:45 a.m. on the 8000 block of Paramount Boulevard.

The vehicle crashed into a watch repair shop and then caught on fire, knocking out power to surrounding businesses in the strip mall. Witnesses said the red car was going at speeds up to 80 mph.

Two people in the vehicle suffered serious injuries and were transported after they were pulled from the wreck.

Both directions of Paramount Boulevard were closed.