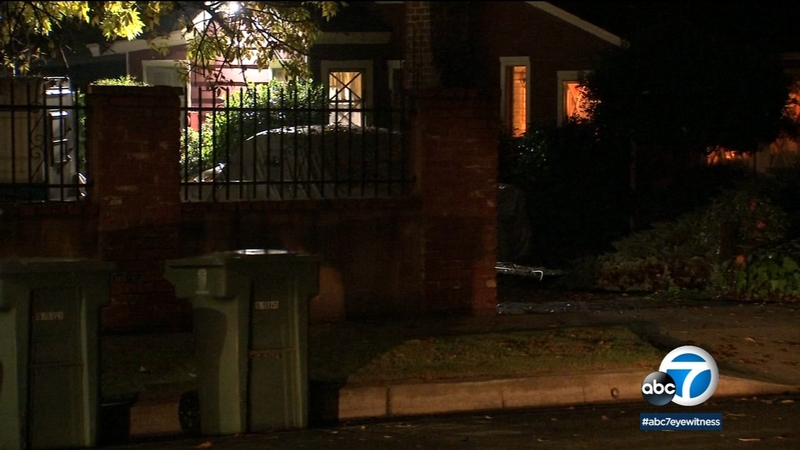 BURBANK, Calif. (KABC) -- A man is recovering in the hospital as police search for two men who they say broke into the victim's Burbank home and assaulted him.

The incident happened just before 7 p.m. Wednesday at a home near Magnolia and Victory boulevards, according to the Burbank Police Department.

Investigators say the suspects forced their way into the home and stole some of his property.

"A physical confrontation ensued between the two men and the homeowner, where the homeowner sustained some moderate injuries,'' Burbank Police Lt. Claudio Losacco told reporters at the scene. "The men demanded money from the homeowner, which he was able to give them. The homeowner then ran from the men in the home and the men fled the scene on foot.''

The victim, a man in his 70s, suffered a head injury, police said, but the severity of his injuries was not clear.

A detailed description of the suspects or their getaway vehicle was not immediately available.