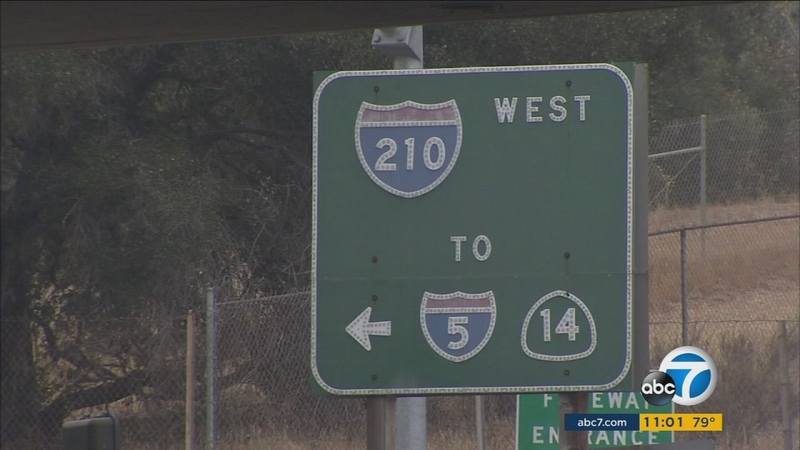 SYLMAR, LOS ANGELES (KABC) -- A man was hospitalized after being shot by two suspects on motorcycles while he was driving on the 210 Freeway in Sylmar early Thursday morning.

Los Angeles police said the victim, who was driving his pick-up truck to work on the westbound lanes, saw the gunmen approaching his vehicle before shots rang out around 4:15 a.m. near the Roxford Street exit.

"He noticed a couple of motorcycles following him, appeared to be close to his vehicle. Sometime after that, shots rang out. The victim, as well as his vehicle, was struck," said LAPD Lt. Kathleen Burns.

The victim suffered a gunshot wound to his left arm and was taken to a local hospital in stable condition.

The suspects remain at large, and investigators said they do not have a motive for the shooting.

"We don't have any indication from the victim that there was a road rage incident or anything. We don't know if this was a random shooting or if something else was involved," Burns said.

California Highway Patrol officers closed off that area of the freeway to investigate the scene for two hours.

Authorities diverted traffic off at the Roxford Street exit and shut down the eastbound 118 Freeway transition onto the westbound 210 Freeway.

Traffic was also diverted off to the westbound 118 Freeway for those traveling on the westbound 210. Shortly before 6:30 a.m., the CHP reopened all lanes of the freeway.

A truck trying to avoid the closure crashed and ended up hanging over a bridge leaking diesel fuel not far from the location, causing more traffic problems.

Burns said investigators will continue to speak to the victim as well as one witness in the case.