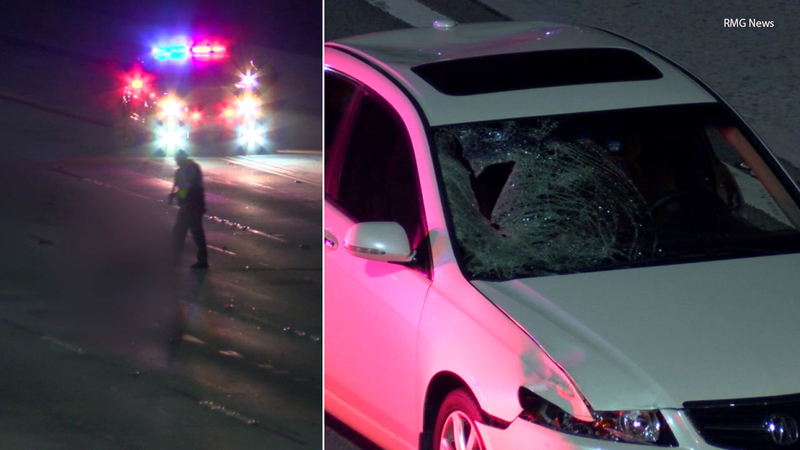 Man struck, killed on 210 Fwy after reportedly running across lanes

PASADENA, Calif. (KABC) -- A man was struck and killed early New Year's Day on the 210 Freeway in Pasadena.

The California Highway Patrol said they responded to reports of a man running around on the freeway at about 1 a.m.

The person was struck by several vehicles near the Fair Oaks Avenue exit, and he was pronounced dead at the scene, CHP officials said.

The victim's identity was not immediately released.

Authorities said all vehicles involved in the crash remained at the scene.

Several westbound lanes of the freeway at Fair Oaks Avenue were closed off for several hours overnight, as investigators looked into what led up to the deadly collision.