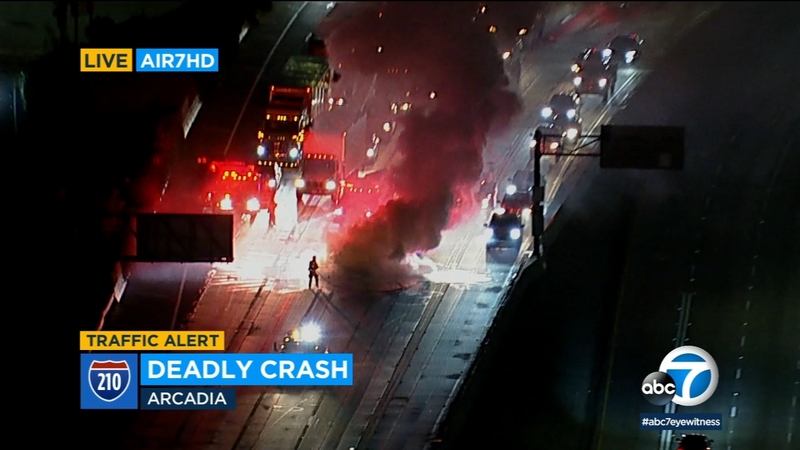 Early morning commuters on the 210 Freeway in Arcadia Wednesday morning were met with two separate vehicle incidents that brought traffic to a halt.

Several westbound lanes were shut down around 5:30 a.m. at Baldwin Avenue due to a fatal crash. As crews were working to clear that, a car further behind in the resulting traffic caught on fire.

The vehicle was seen engulfed in flames in the center of the freeway as cars tried to maneuver around it, but all lanes were promptly closed off. Firefighters quickly arrived on scene and extinguished the fire, but it's unclear what sparked it.

Both incidents happened between Baldwin and Santa Anita avenues.