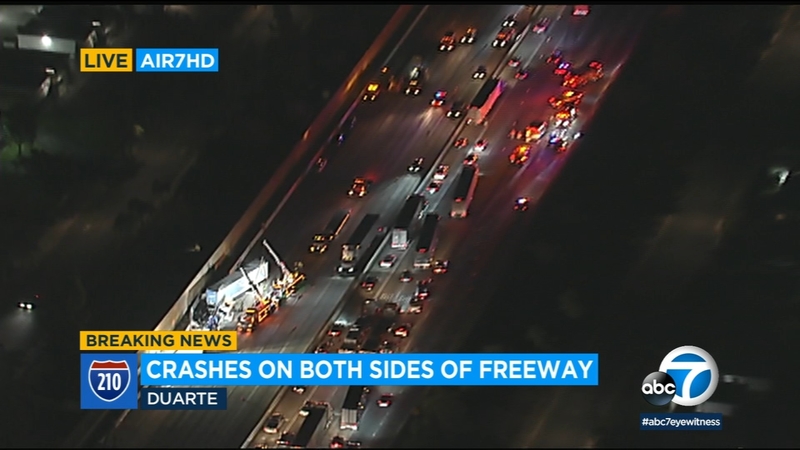 The first crash occurred on westbound lanes around 2 a.m. at Buena Vista Street and involved what appeared to be an Amazon truck that overturned. All but one lane was closed.

As crews were working to clear that wreck, another incident happened just feet away on the east bound lanes.

That crash involved a motorcyclist and another semi-truck. The person on the motorcycle was taken to the hospital.

It's unclear when lanes on either side of the freeway would be reopened, but a massive backup of cars was seen in the area.

Details about what led up to either crashes were not immediately available.