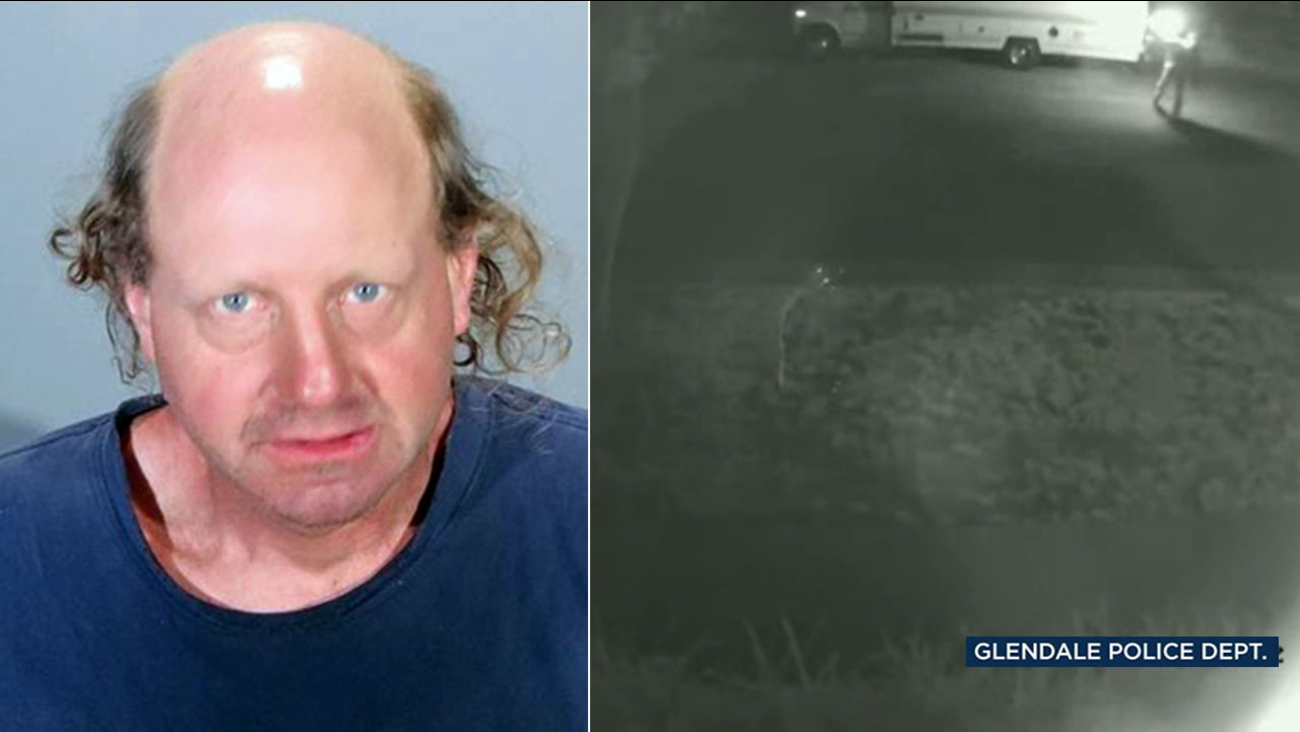 GLENDALE, Calif. (KABC) -- A 51-year-old San Pedro man was arrested after police say video showed him throwing a Molotov cocktail that started a fire at a Glendale church.

The suspect, Donald Walter Maitz, is a former member of the Faith Center Church who was trying to get revenge after being banned from the church, police said.

Police officers happened to be patrolling nearby and noticed the fire, extinguishing it quickly. They say the suspect left behind a bag with more Molotov cocktails and DNA evidence helped connect Maitz to the fire.

At the time of the fire on July 6, police looked into the possibility of the fire being a hate crime against the church, but they later determined the motive was based on revenge, not religious hatred.

Maitz faces one count of arson and one count of using a destruction device and was being held on $500,000 bail.
Report a correction or typo
Related topics:
glendalelos angeles countychurch firearson
Copyright © 2020 KABC-TV. All Rights Reserved.
More Videos
From CNN Newsource affiliates
TOP STORIES