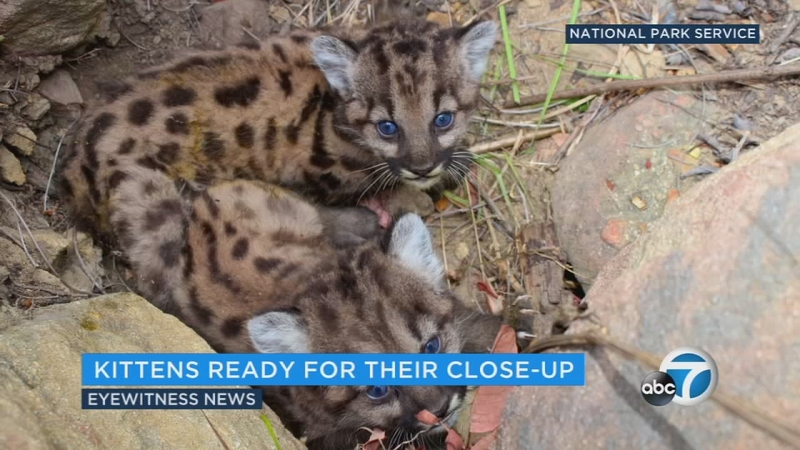 This brother-and-sister pair, known as P-59 and P-60, have beautiful blue eyes.

The National Park Service just discovered the kittens in the central portion of the mountain range.

Their mother is P-53 -- she's only two years old herself and this is her first litter.

As for the father, researchers aren't quite sure which male mountain lion it may be, but if they had to guess, it would be P-12, known to have fathered many kittens.
Report a correction or typo
Related topics:
pets & animalssanta monicalos angeles countymountain lion sightinganimalanimal newsbaby animals
Copyright © 2021 KABC-TV. All Rights Reserved.
More Videos
From CNN Newsource affiliates
TOP STORIES