Flames and smoke are shown in the hillsides of Mount Wilson as a brush fire broke out in the early morning hours of Tuesday, Oct. 17, 2017. (KABC) 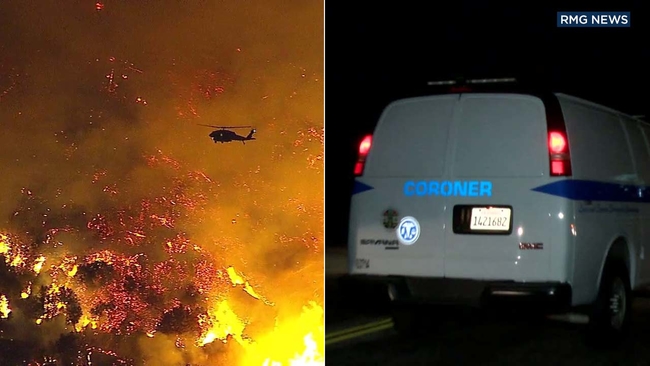 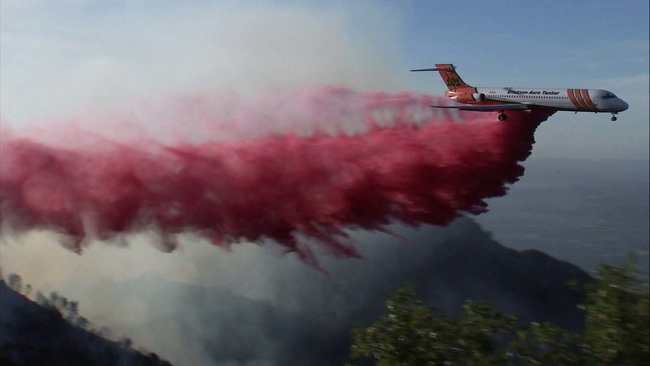