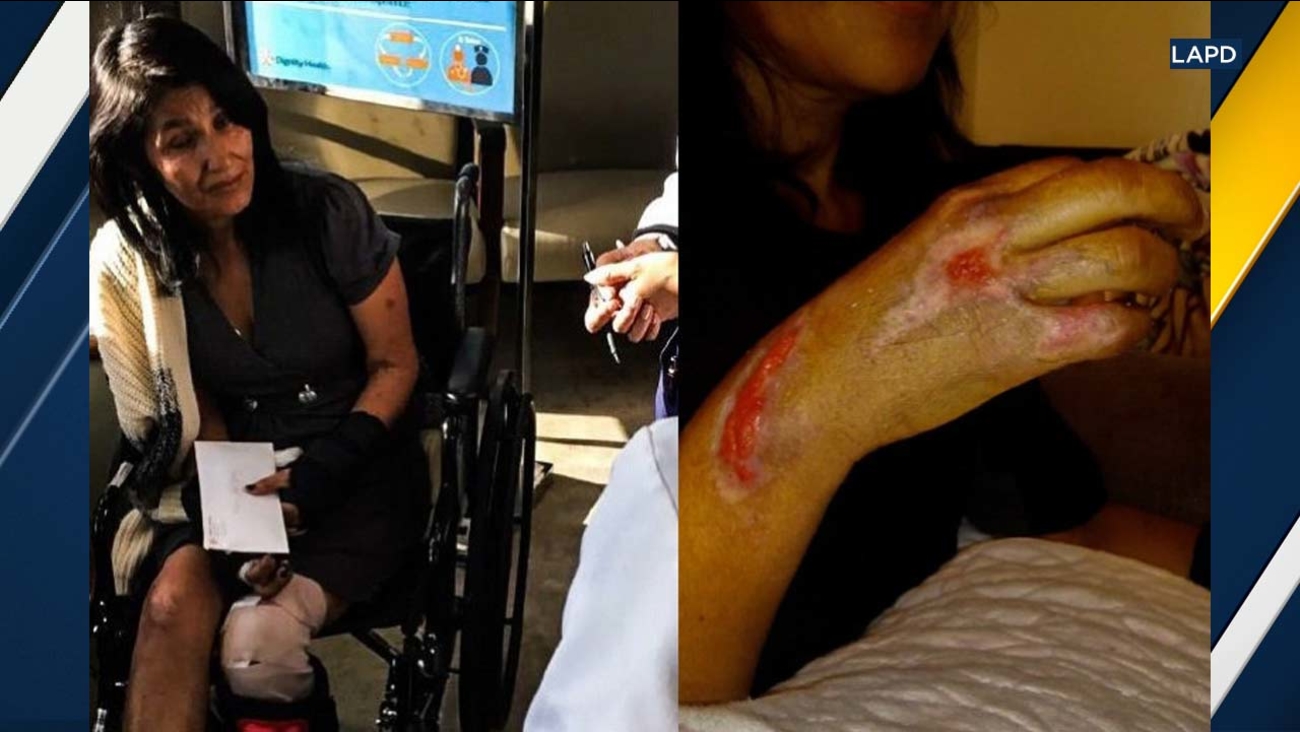 LOS ANGELES (KABC) -- Los Angeles police officers are raising money to help a single mother pay for rent after she was severely injured in a hit-and-run crash last month.

On Nov. 12 at around 10 p.m., LAPD officers responded to the intersection of Florence and Dalton avenues following a hit-and-run crash involving a pedestrian.

When officers arrived on scene, they found Maria Torrez bloodied and incapacitated on the street, authorities said.

Investigators said Torrez was crossing southbound Denker Street in the crosswalk with her children when the suspect vehicle, described as a black, older-model Honda, ran a red light and struck her and her 11-year-old son.

The crash caused Torrez to fall underneath the vehicle, and she was dragged for approximately 60 yards. She suffered broken legs, wrists, arms, back, rib cage, collar bone, and multiple lacerations all over her body due to the violent collision and was hospitalized for over a month, police said.

The extent of her son's injuries was not known.

Witnesses said as the suspect drove off at a high rate of speed, he stuck his middle finger out of the driver's window.

Detectives with the LAPD's Southwest Traffic Division wanted to provide Torrez's children with gifts for the holidays. However, what the family really needs is help to make rent since Torrez has not been able to work due to her injuries.

That's why the LAPD is raising money to help the Torrez family - so they can avoid being evicted.