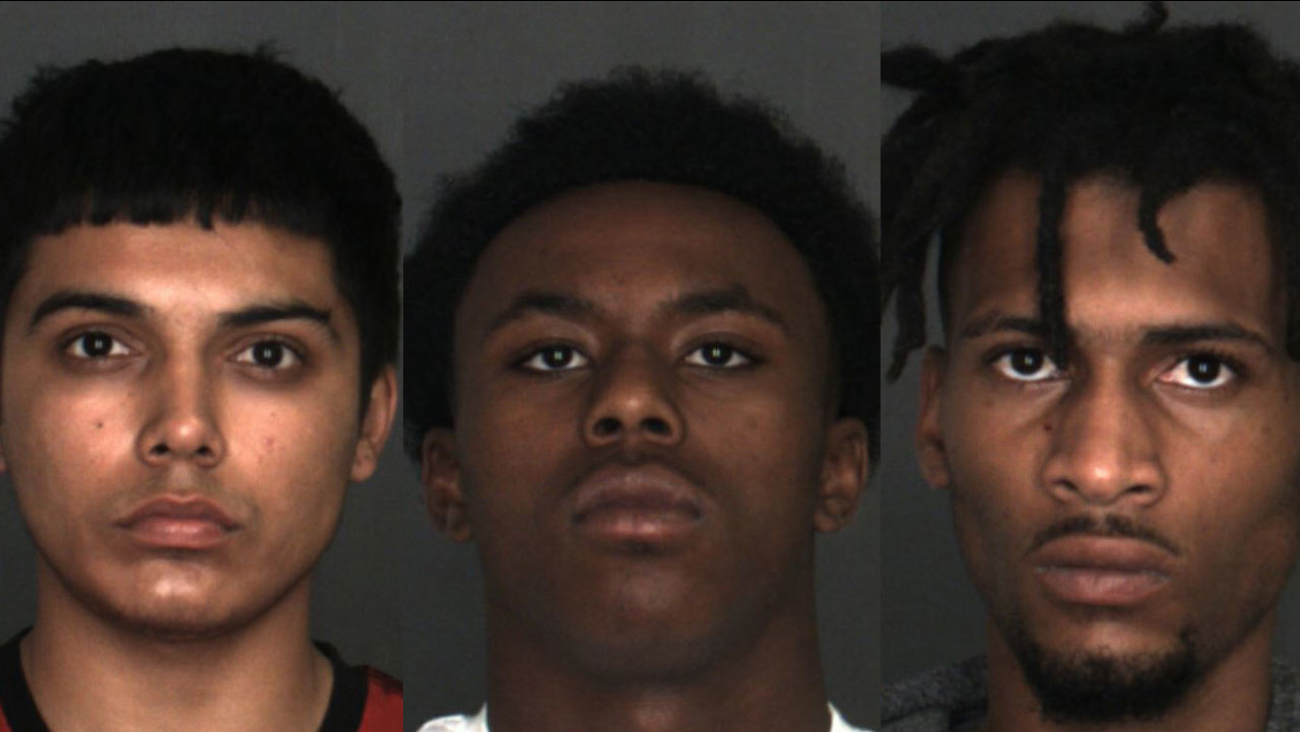 RANCHO CUCAMONGA, Calif. (KABC) -- Three men were arrested on suspicion of robbing one person and severely beating another after a party in Fontana.

Authorities said on March 29, around 2:37 a.m., San Bernardino County sheriff's deputies responded to a report of several men arguing in front of Rancho Cucamonga High School in the 11800 block of Lark Drive. When deputies arrived, they found a man severely beaten with a bloody face and forehead.

During the investigation, authorities learned there were two victims who had been at a party in Fontana. When the party ended, another man known as Ty offered to drive the victims home because they were intoxicated.

They accepted and two other suspects followed Ty's vehicle in a second car.

After several stops, the group arrived in an area of Lark Drive, where they were told to get out of the vehicle. As the victims exited, Ty and the two other suspects pistol whipped and beat one of the victims. They assaulted the other victim and stole valuables such as jewelry.

In the days following the robbery and beating, all of the suspects were identified and two were arrested. The two arrested were identified as Drew Espino, 18, of Rancho Cucamonga, and Tyrin Smith, 20, of San Bernardino. Both were booked into the West Valley Detention Center.

On Friday, a third suspect identified as 19-year-old Justin Sumlar was arrested and booked into the West Valley Detention Center. He is also being held on a parole violation.