3 suspects sought in pair of burglaries in Tarzana 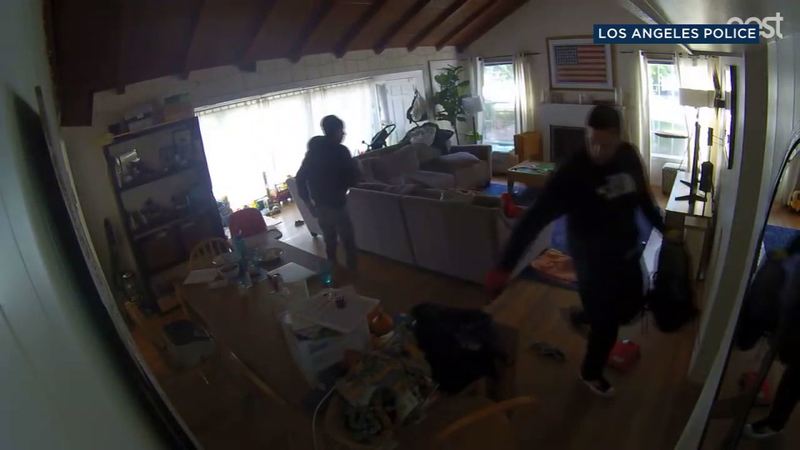 3 suspects sought in pair of burglaries in Tarzana

TARZANA, LOS ANGELES (KABC) -- Los Angeles police are asking for the public's help in identifying three suspects responsible for a pair of burglaries in the Tarzana area.

Both burglaries occurred on Monday, one on the 4400 block Alfarena Place and the other on the 5200 block of Mecca Avenue, according to the Los Angeles Police Department.

Surveillance footage from inside one of the homes that was burglarized shows one of the suspects going through items in the home as another suspect enters and also starts rummaging through the residence.

Police said one suspect acted as a lookout outside in a white Mercedes SUV while the two others entered the homes.

One of the homeowners said he and his family were shocked to return home and find the house in disarray.

"We just realized someone had been in the house, so we ran out immediately thinking they might still be in there and we called the police," said Jesse String.

Still, he tried to keep his sense of humor and offered some wry advice for other homeowners in the area who might be nervous: