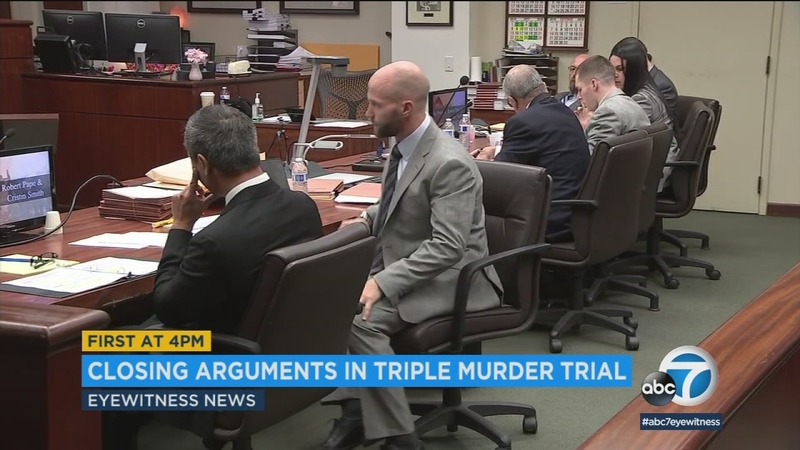 RIVERSIDE, Calif. (KABC) -- A tragic set of horrible circumstances brought jurors to a Riverside County courtroom to hear the grim details of a 12-year-old murder case.

For six weeks, prosecutors laid out what they believe happened on Sept. 16, 2006 in an area known as Pinyon Pines. The defense also presented its case pointing to holes in the mostly circumstantial evidence case.

Friends, Robert Pape and Cristin Smith stand accused of murder with special circumstances in the deaths of Becky Friedli, her mother Vicky Friedli and her mother's boyfriend, Jon Hayward.

The prosecution walked jurors through its case pointing to DNA, finger print and cellphone tower records along with a business card that they said put the two friends at the crime scene.

Pape's attorney is expected to deliver closing arguments next. The jury could begin deliberating as soon as Wednesday.