KTRK
HOUSTON, Texas -- The woman who was taken off a Spirit Airlines flight from Houston on Monday told officials she became scared during the flight after not having flown since her time in the military, according to police.

The eyewitness video taken by Spirit passenger Chianti Washington showed the intense incident and the moment the woman curses and makes threats involving her Marine "brothers."

It all happened after the flight made an emergency landing in Rochester, Minn., for a different passenger who needed medical attention.

After landing, the woman seen in the video appeared to have a breakdown and demanded to get off the flight.

Rochester police told Eyewitness News that the unruly passenger removed from the flight after having the breakdown was not arrested nor taken for medical treatment.

According to a police report, the unruly passenger explained that "somebody was being very rude" to her. She went on to say that "I am a veteran and I feel like I am singled out sometimes."

Officers said they could smell the odor of alcohol coming from the woman and noted that her eyes were closed while her head was tilted back as if she were sleeping. 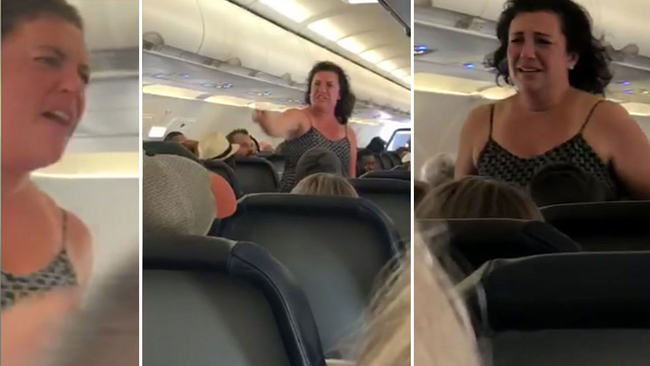