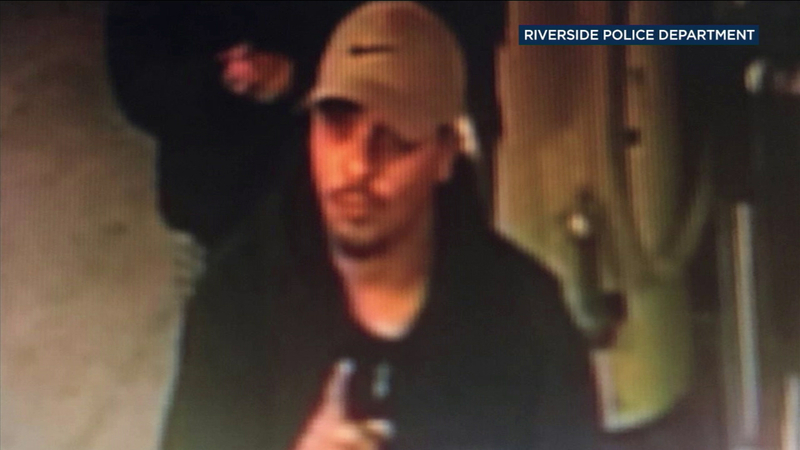 RIVERSIDE, Calif. (KABC) -- Police on Tuesday released a surveillance photo of a man who allegedly groped a woman at a Riverside restaurant on May 18.

Investigators said the incident happened about 7:45 p.m. inside the Taco Station, located in the 4000 block of Mission Avenue. The unidentified man approached the victim and grabbed her breast, according to Riverside police.

The suspect is described as Hispanic, in his mid-to-late 20s, about 5 feet 4 inches tall and weighing 135 pounds. In the surveillance photo, he is seen with facial hair and wearing a dark-colored, long-sleeve shirt and a baseball cap.

He fled the scene in what authorities described as a "black, newer-style Jeep."