A deadly crash has shut down the southbound lanes of the 405 Freeway in Gardena early Thursday morning.
KABC 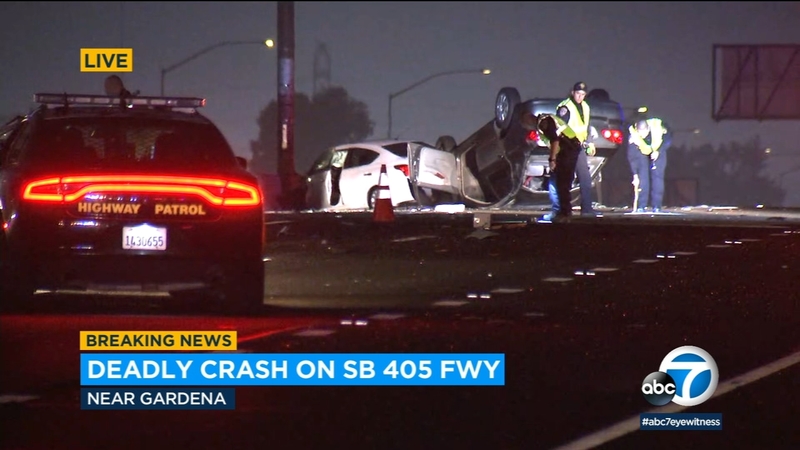 GARDENA, Calif. (KABC) -- A 19-year-old woman was killed and two other people were injured early Thursday morning in a multi-car pileup that shut down the southbound lanes of the 405 Freeway in Gardena, authorities said.

Five vehicles were involved in the collision near Normandie Avenue shortly before 3:40 a.m., according to the California Highway Patrol. One of the cars involved in the wreck was on its roof.

The two injured survivors were hospitalized with injuries that were described as minor-to-moderate.

Lanes were reopened to traffic after tow trucks removed the wrecked vehicles from the scene.

The deceased woman was later identified by the Los Angeles County coroner's office as Cielo Romero Rojas of San Pedro.

The cause of the crash is under investigation. Investigators said fog was not believed to have been a factor.

A GoFundMe page has been established for the victim of the crash.