Toll lanes for the 405? Officials studying idea to relieve congestion 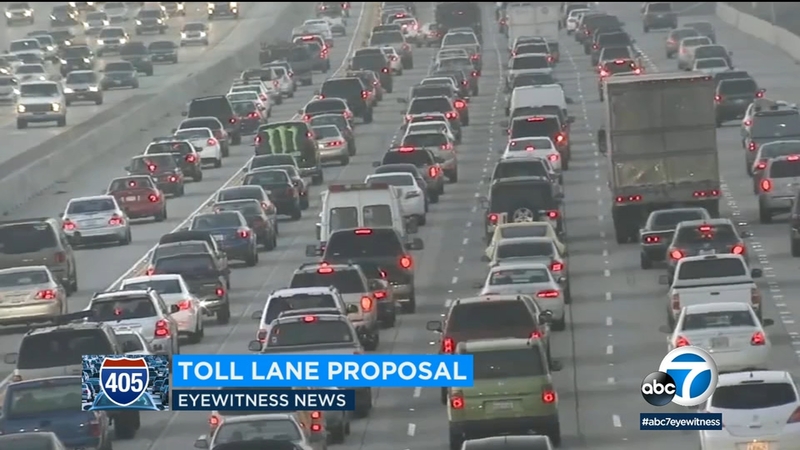 405 Freeway could get toll lanes

He says Metro is considering High Occupancy Toll (HOT) lanes to replace the High Occupancy Vehicle (HOV) lanes, much like the current system on the 110 and 10 freeways.

"I think a lot of people are used to the road being free, and so... some people are definitely going to oppose it," said Professor Michael Manville of the UCLA Institute of Traffic Studies.

Tolls, he says, are a growing trend in cities around the world, not necessarily to raise money, but to nudge people into considering other transportation options.

"The only thing that anyone has ever found that actually reduces congestion, is using prices on the road," said Manville. "So if we are serious about reducing congestion, something like this is what we have to do."

Like the 10 and 110 freeways, the price of the tolls would rise and fall depending on demand. Drivers would also need a transponder to use the FasTrak lanes. Linsenmayer says that could push some multi-person vehicles back into the regular lanes, but that overall it should still speed up traffic.

You won't see toll lanes on the 405 anytime soon.