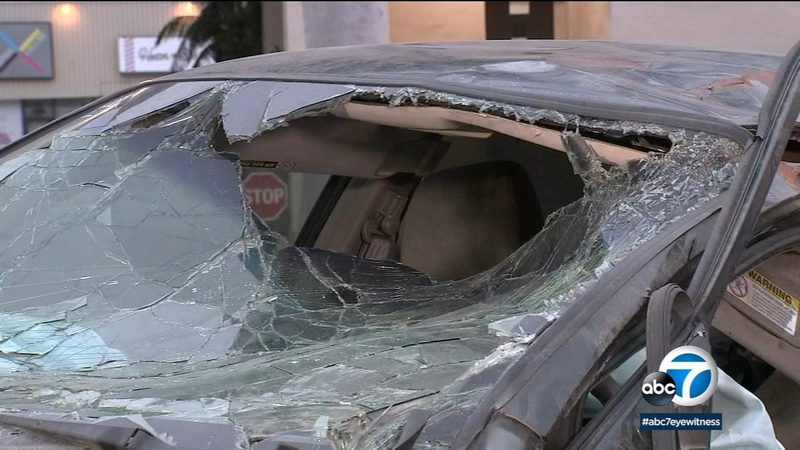 DOWNTOWN LOS ANGELES (KABC) -- Saturday is 4/20, often referred to as Weed Day, but the Los Angeles Police Department has a reminder that driving while high means a DUI.

The number of DUI stops and arrests in Los Angeles related to pot is getting higher since the drug's recreational use became legal in 2018.

"When looking at pre and post sales, we saw about a 32 percent increase in DUI-drug driving arrests in the city of L.A.," said LAPD drug recognition expert coordinator Karamon Sardar.

The LAPD joined forces with the Auto Club of Southern California to demonstrate the harsh consequences of buzzed driving.

Officials displayed a heavy dose of reality -- showing what can happen when you hit the road high and mix pot with alcohol.

"Back in May of 2017, a 21-year-old who was found to have alcohol and marijuana in his system was traveling at a high rate of speed in the Valley, lost control of the vehicle. The car hit a fire hydrant, and he died from injuries in that crash," explained Doug Shupe of the Auto Club of Southern California.

It was a tragedy that was preventable, officials say.

Southern Californians can expect DUI checkpoints across the region Saturday night. Officers are out in full force, ready to call in a team of drug recognition experts who conduct a 12-step test -- including checking for pupil dilation, heart rate and blood pressure -- to find out what a driver has consumed and if they should be on the road.