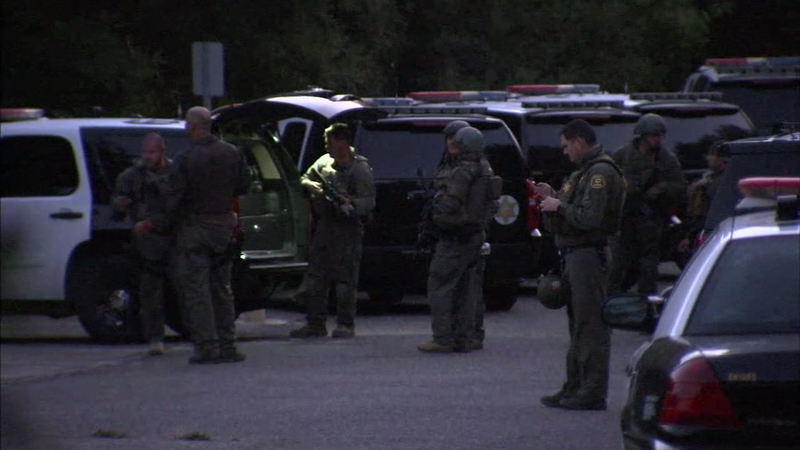 Members of a SWAT team worked until nightfall, and helicopters spent hours combing through the hillside of Malibu Creek State Park looking for the possibly armed suspect. Helicopters and bloodhounds were at the scene as well as no one was taken into custody.

Authorities said a park worker reported a suspicious man approached him at approximately 1 p.m., and the man matched the description of a burglary suspect.

Authorities said an unoccupied office on Mulholland Highway in Calabasas was burglarized on Sept. 30. The suspect was seen on surveillance video carrying a rifle.

"They are a very elite group of deputies that we rely on, and because this person was seen with a weapon on Sept. 30th, according to our investigation, that's why they came out to help with this," Cpt. Joshua Thai said.

There has been a string of similar break-ins and unsolved shooting incidents in the area over the last couple of years.

"We haven't been over here in a while because of what's been happening," said resident Sierra Smith.

Thai said the suspect they searched for did not have a weapon on Saturday, but did have a backpack.

The area searched is the same area where a father, 35-year-old Tristan Beaudette, was shot and killed while camping with his young children in June.

Authorities say there is no evidence of a connection between the murder and the burglary, but are not ruling out a link.

People who normally spend time at the park and area residents are worried.

"It's been a little terrifying because we live right down the road," Smith said.