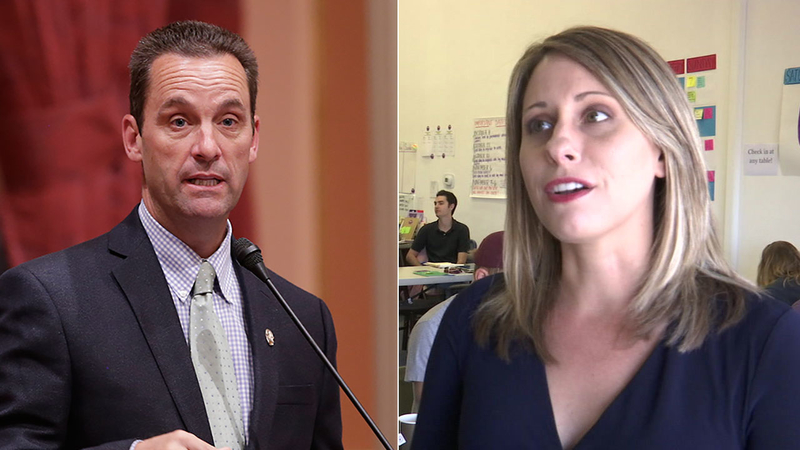 The district includes parts of Los Angeles and Ventura counties, and cities like Santa Clarita, Palmdale and Lancaster.

"Including the primary, we've knocked on 300,000 doors altogether. This is presidential levels," Hill said. "You're not seeing anything like this anywhere else. We're pushing 3,500 volunteers, 25,000 individual donors."

In 2016, Hillary Clinton won the district by 6.7 percentage points.

Knight said that's not true, and cites his work to keep families together at the border as an example.

"The president has brought forward different policies. I've seen those," Knight said. "Some I've disagreed with and some I've agreed with. I was one of the first congressmen to write a bill to make sure that the families would stay together through adjudication," Knight said.

Speaking to the Republican Women of Simi Valley and Moorpark, Knight praised the Republican tax plan and low unemployment. But, Hill said the stock market is not the economy.

Hill said the middle class in the 25th District is really hurting.

"He'll say something here, and he'll go and vote in a completely opposite direction," Hill said. "He will vote with special interest groups and party leaders and his wealthy donors, instead of the people of this district, and you see that with his votes on health care and the tax plan."