KABC
By Leticia Juarez and Hanna Chu
GRAND TERRACE, Calif. (KABC) -- Five people have been arrested for in the fatal shooting of a security guard at a Grand Terrace roller skating rink during a New Year's Eve party.

Richard Williamson, 48, died in a gun battle outside the Cal Skate Roller Rink. Another security guard and a bystander were also injured.

The rink was hosting an all-night New Year's Eve celebration when a suspect was asked to leave. Shortly after, shots were fired in the parking lot just before 2 a.m. The shooting left bullet holes in the building, a parked car and a big rig parked across the street.

On Monday, the San Bernardino County District Attorney's Office charged the five suspects each with one count of murder, two counts of attempted murder and one count of shooting at an inhabited dwelling. Gang enhancements were filed on each count.

Gentry, Trice and Martin were charged as adults, according to the district attorney's office.

Williamson owned the security firm hired by the roller rink. Michael Marcoly witnessed the shooting, and he said Williamson tried to protect people when shots rang out.

"It was a very heroic move by him. There were kids everywhere, there were people everywhere, and he took the focus of the gunfire on him," Marcoly said. "He died a hero."

A new surveillance camera and extra lights have been added in the roller skating rink parking lot. The rink's owners said in a statement, "We will keep Big Will's family in our hearts as we hope that justice is served."

Authorities say about 400 people were at the party at the time of the shooting. Investigators are looking for more witnesses that night. Anyone with information is urged to call the We-Tip Hotline at (800) 78-CRIME.

The suspects are expected in court on Wednesday for an arraignment hearing. 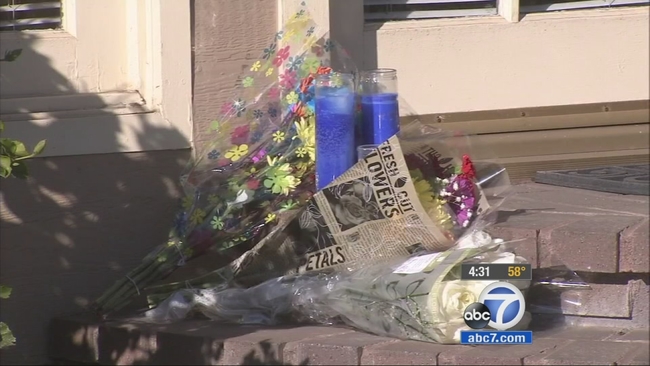