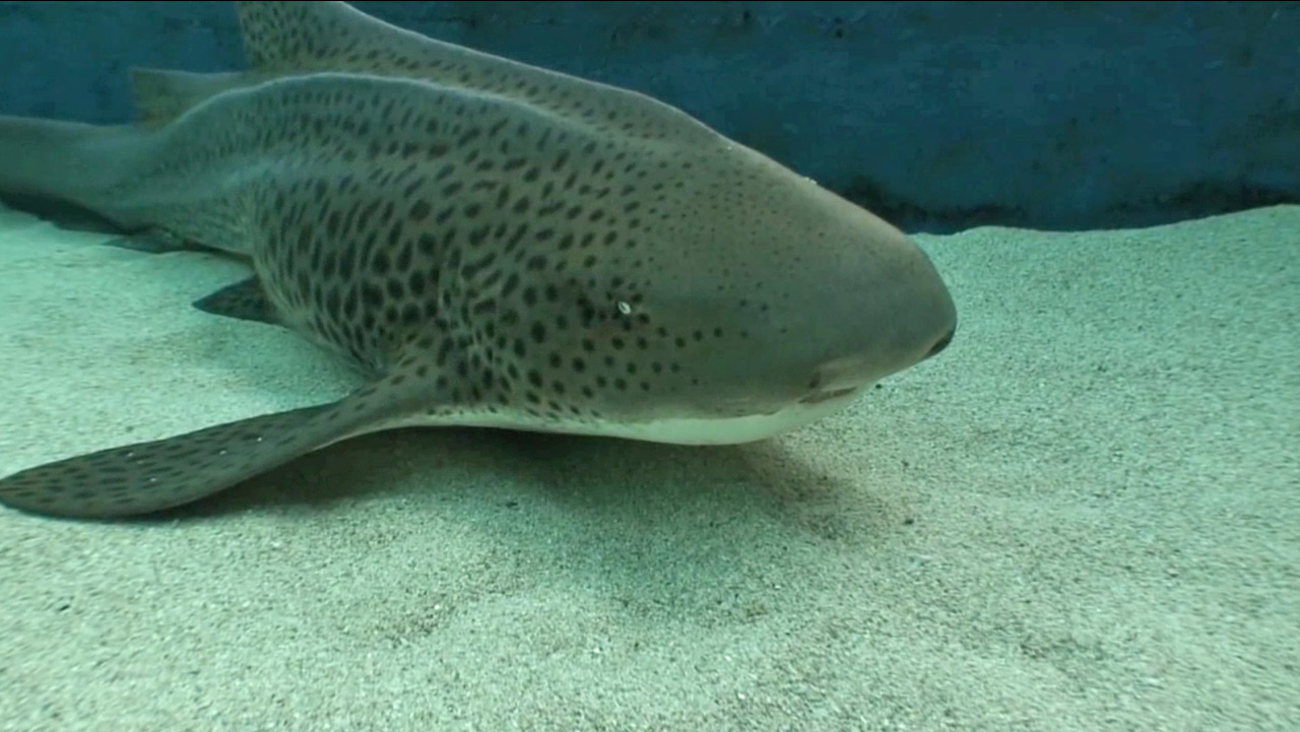 A 10-month old zebra shark rests at the bottom of the Aquarium of the Pacific's shark lagoon exhibit on Tuesday, Jan. 27, 2015.

LONG BEACH, Calif. (KABC) -- Two 10-month old zebra sharks debuted at the Aquarium of the Pacific in Long Beach and are also the first pups to successfully be reproduced through artificial insemination.

The successful reproduction can help researchers on the dwindling shark populations in the wild, according to aquarium staff.

On Tuesday, the two female sharks debuted at the aquarium's shark lagoon exhibit and were reunited with their 20-year-old mother, Fern. She arrived at the aquarium in 1997, and in September 2013 was artificially inseminated.

PHOTOS: Baby zebra sharks debut at Aquarium of the Pacific 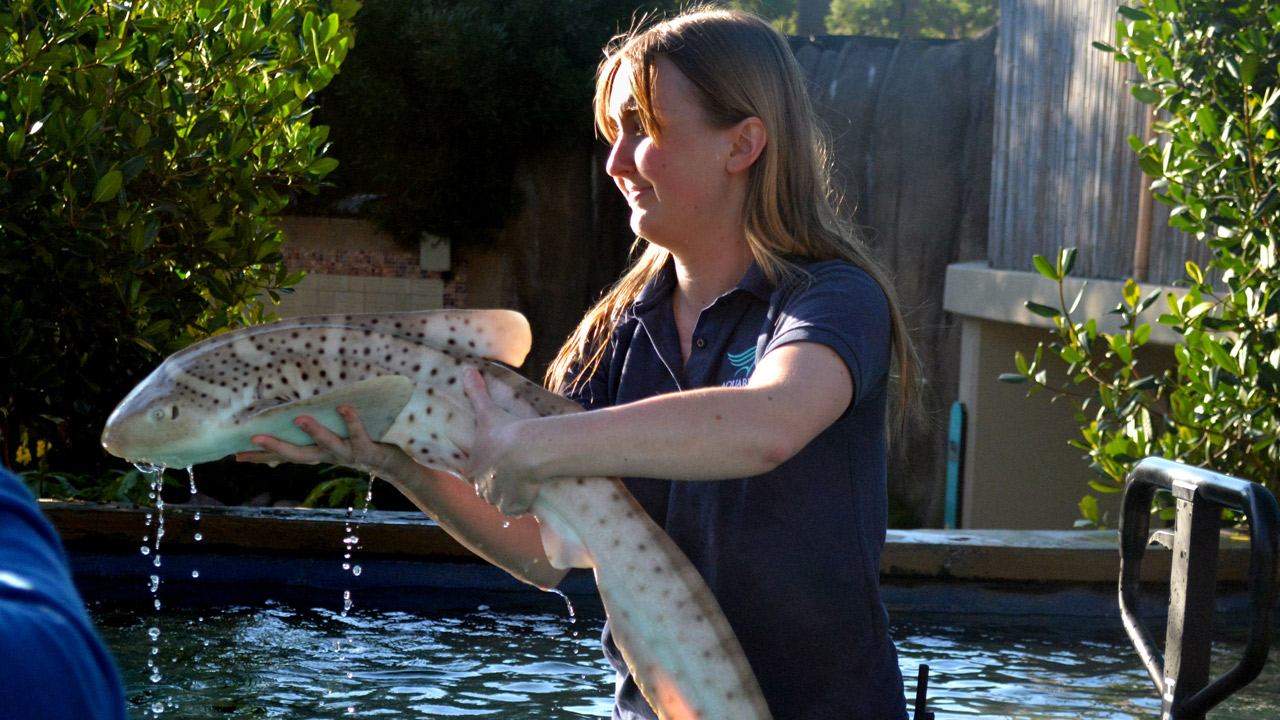 PHOTOS: Baby zebra sharks debut at Aquarium of the Pacific
Two 10-month old female zebra sharks were bred through artificial insemination and debuted at the Aquarium of the Pacific's shark lagoon exhibit on Tuesday.
The zebra pups hatched in March 2014 and were swimming and eating on their own the instant they were born. The two pups were looked over by aquarium experts in a shark nursery until their debut.

As babies, the sharks are usually dark brown or black with narrow pale yellow or white vertical bars similar to zebra stripes. When the sharks become adults, the stripes fade and become dots resembling leopard spots.

The sharks, which can live up to 30 years, are listed as vulnerable to extinction on the International Union for Conservation of Nature's Red List. Overfishing poses a threat to the sharks because they can be sold for human consumption or fish meal, their livers can be processes for vitamins and there is a large market for their fins. 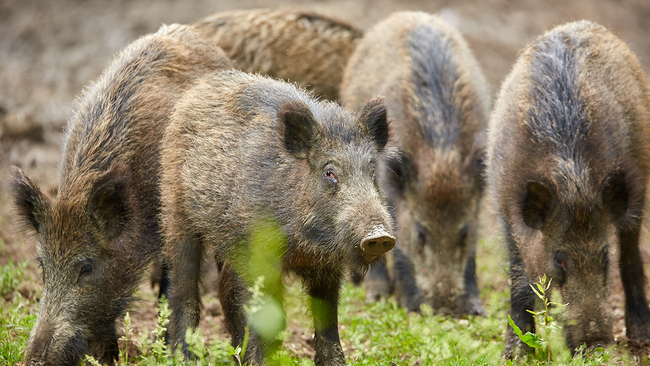 Feral hog population is ballooning across US, USDA reports