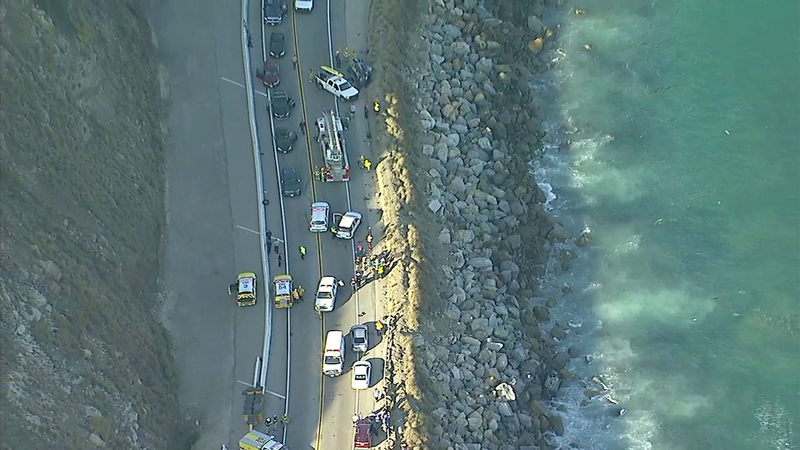 MUGU ROCK, Calif. (KABC) -- Five people were hospitalized after a two-car crash happened on the Pacific Coast Highway south of Mugu Rock, which caused one vehicle to flip and fall onto the rocks below.

Shortly before 5:40 p.m., authorities said two vehicles crashed on the highway and one of those vehicles careened into the rocks below the cliff. It flipped over onto the rocks as waves crashed against it.

Footage from AIR7 HD showed another vehicle near the edge of the cliff on its side.

The Ventura County Fire Department said that the vehicle plunged 50 feet down cliff into the water. Two people in that vehicle were ejected from it and fell into the ocean. Both suffered critical injuries.

Authorities said both people were taken to a trauma center, but that one was airlifted.

Two other people suffered moderate injuries and were taken to a nearby hospital. Authorities said a fifth person was treated at the scene and refused to be transported.