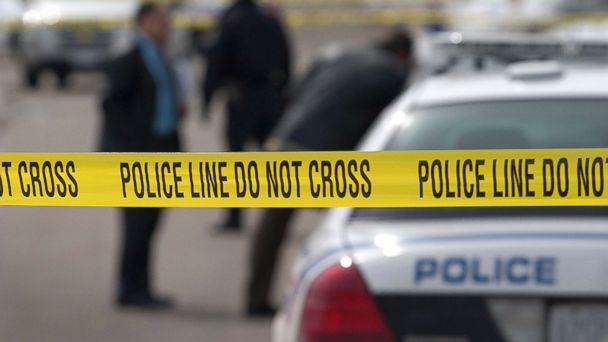 Nashville police have arrested five minors in connection with the death of a 24-year-old musician who was shot during a robbery at his home.

Kyle Yorlets, a member of the rock band Carverton, was shot outside his Nashville home Thursday and was found inside by one of his housemates around 3 p.m., according to the Metro Nashville Police Department. He was later pronounced dead at the Vanderbilt University Medical Center.

The five juveniles, ranging in age from 12 to 16, have been charged with Yorlets' murder, police said.

The minors were allegedly in a stolen Chevrolet Colorado truck in the alley that runs behind Yortlets' home when they spotted him inside, according to authorities. They then "interacted with Yorlet, took his wallet and ultimately demanded that he surrender the keys" to his car, officials said.

Police believe Yorlet was shot when he refused.

Police found the stolen truck Thursday evening and later apprehended all five suspects at a Walmart in West Nashville, as well as a loaded 9 mm pistol, which had been reported stolen. A second loaded pistol, also reported stolen, was also recovered from inside the store, police said.

A stolen Hyundai Santa Fe that the group used to travel to Walmart was also recovered.

Yorlets' funeral has been scheduled for Monday.

In a statement, his band mates wrote that they "are in a state of shock" and "heartbroken."

"Our condolences for his family and loved ones and all the lives that he touched," the statement posted to Twitter read. "We will never forget Kyle, and though he is gone too soon his legacy is here to stay."

Band mate Samantha Harrison described Yorlets as a "kind and forgiving person" in a statement on her Facebook page.

"He was talented, always had a great attitude and made work not seem like work when he was around," she said.