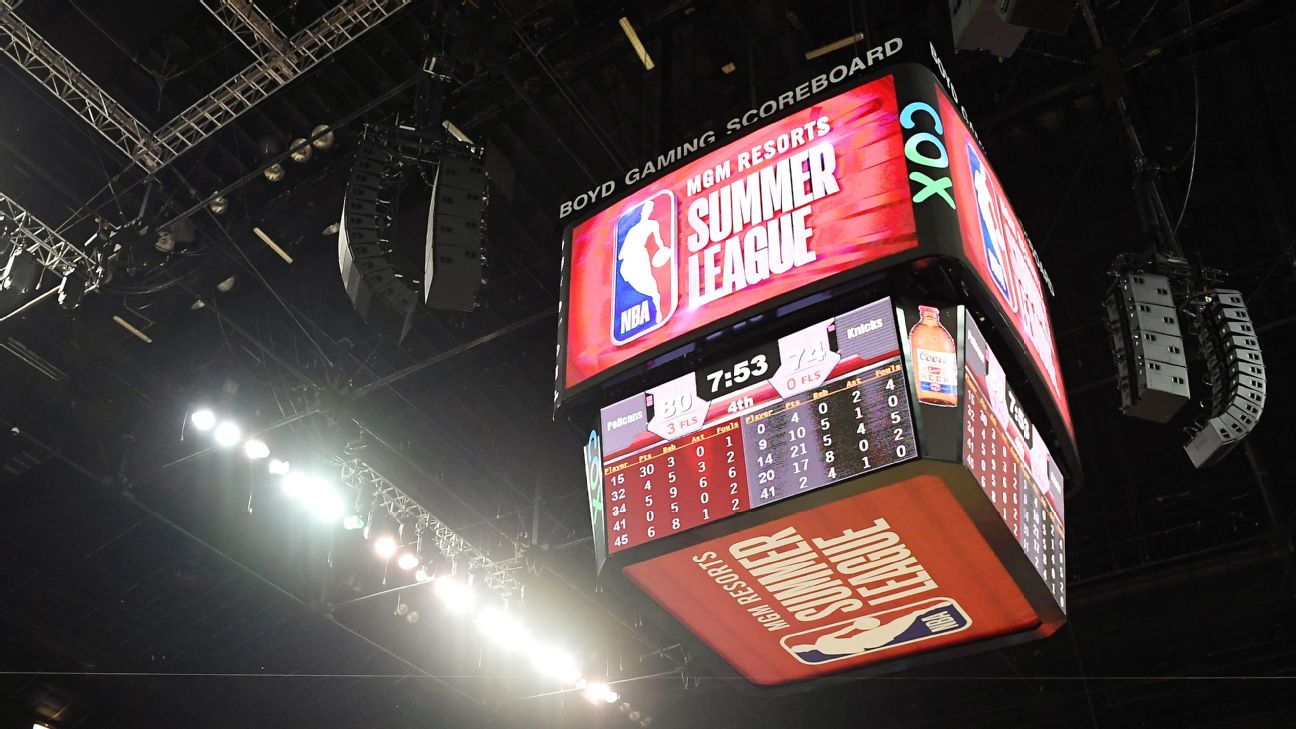 LAS VEGAS -- An earthquake that struck in Southern California forced the stoppage of the late games in the Las Vegas Summer League on Friday night, in which No. 1 draft pick Zion Williamson of theNew Orleans Pelicansand No. 3 pick RJ Barrett of theNew York Knicksmade their debuts.

The Los Angeles Dodgers and San Diego Padres played through the earthquake during their game at Dodger Stadium, though a WNBA game in Las Vegas also was stopped.

Estimates by the U.S. Geological Survey say a 7.1 magnitude quake hit in Southern California at 8:19 p.m. PT. The quake had been downgraded to 6.9 before seismologists restored the original magnitude. The quake was felt all the way in Las Vegas during the fourth quarter of the Pelicans-Knicksgame inside the Thomas & Mack Center.

The overhead scoreboard in the arena was swaying, and officials elected to stop the game and have the teams leave the floor while gauging if it was safe to continue.After about a 15-minute delay, the decision was made to suspend the game with the Pelicans leading 80-74.The NBA announced later Friday that the game would not be resumed. The league also canceled the Phoenix Suns and Denver Nuggetsgame, which was to have been played after the Knicks-Pelicans.

"I was bringing the ball up, it felt like someone was pushing my hip, like I kind of leaned this way, and I was like, 'Oh, my gosh, what is going on?'" New Orleans guard Frank Jackson said. "And then I just saw everything shaking."

Said New Orleans'Christian Wood, who played collegiately at UNLV: "I've been a part of earthquakes, but nothing while playing basketball. It was cool, but I don't want to be a part of it anymore."

A game between the Orlando Magic and San Antonio Spurs inside the smaller Cox Pavilion, which is attached to the Thomas & Mack Center, initially continued without delay because that gym lacks an overhead scoreboard. The league ultimately decided to cancel that game after the third period for "precautionary reasons."

Friday night's quake was centered 11 miles from Ridgecrest, California, a Mojave Desert town about 150 miles northeast from Los Angeles. The same area was jolted by a 6.4 quake one day earlier.

The quake was felt in downtown Los Angeles as a rolling motion that seemed to last at least a half-minute. It hit Dodger Stadium in the fourth inningwhen Dodgers second baseman Enrique Hernandez was batting. It didn't appear to affect him or Padres pitcher Eric Lauer, and the game continued without disruption. There was no alert by the stadium's public address announcer.

Hernandez said afterward that he didn't feel the earthquake while batting, and neither did Dodgers manager Dave Roberts, who was looking on from the top step of the team's dugout. Outfielder Alex Verdugosaid he saw third-base coach Dino Ebel make a wave-like motion before putting his hands on the railing and began to feel as if he was rocking on a boat.

Inside the clubhouse, while watching the game from a sofa because it was too early to be in the bullpen, Dodgers closer Kenley Jansen felt the entirety of the tremor. He initially thought he might be feeling sick, so he went to the trainers' room to get confirmation that it, indeed, was an earthquake.

"It's not fun knowing that there's 56,000 people in the stands, in a sold-out stadium, nowhere to go, ballpark is shaking," Jansen said. "That feels more scary knowing that."

Some fans in the upper decks appeared to leave their seats and move to a concourse at the top of the stadium. The press box lurched for about 20 seconds.

Also in the Las Vegas area, a WNBA game between the Washington Mystics and Las Vegas Aces at the Mandalay Bay Resort was suspended at halftime because of the quake.

Former UFC light heavyweight champion Rashad Evans was giving his acceptance speech at the UFC Hall of Fame ceremony at the Palms Resort Casino just off the Las Vegas Strip when the earthquake hit. Evans paused for a moment as some in attendance moved toward the exits. The ceremony continued as scheduled. 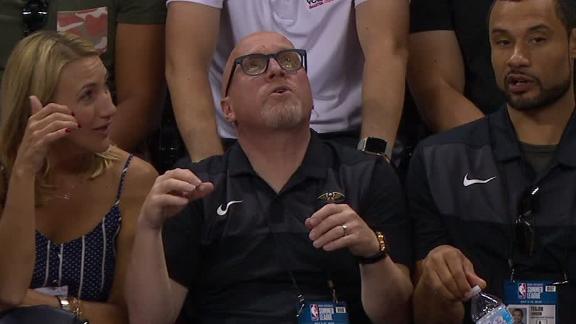