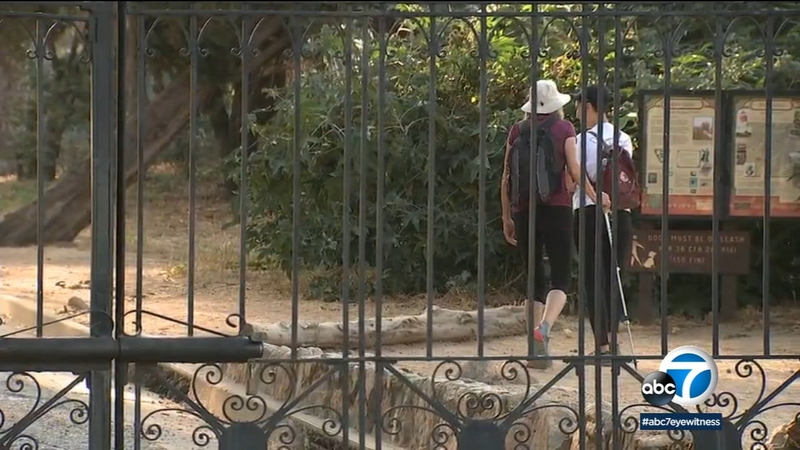 ALTADENA, Calif. (KABC) -- The "skeleton-type" human remains found Friday evening inside a tent near a popular hiking trail in Altadena belonged to a homeless person who was living there, authorities said.

The grim discovery was made off the Cobb Estate trail, whose gated entrance is located near the intersection of East Loma Drive and Lake Avenue.

The body was originally believed to have been that of a woman, but Los Angeles County sheriff's deputies later said the body was too decomposed to determine it if was male or female.

Sheriff's deputies, search-and-rescue team members and coroner's officials responded to the scene about 9 p.m. The body was removed around midnight.

The person's identity has not yet been released, but authorities believe they died of natural causes and no crime was involved.