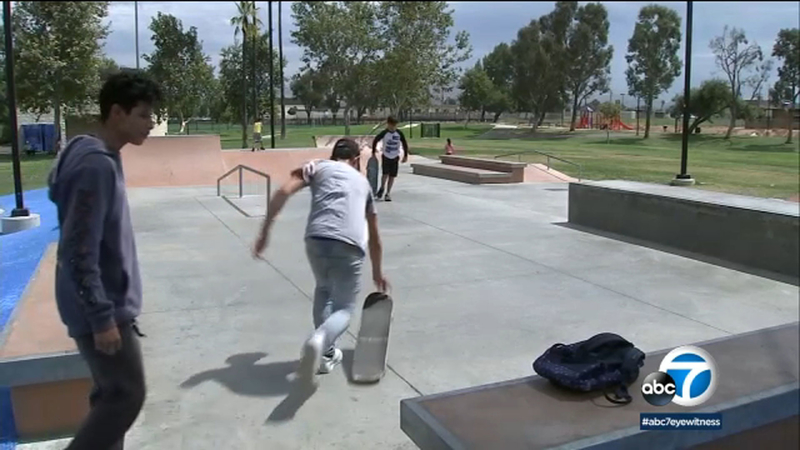 The area opened to the public just two months ago to the delight of 26-year-old Brandon Hernandez who took his lunch break to catch a quick ride.

"It has been busy real busy like this every day, so it is good seeing a lot of people active," said Hernandez.

But over the weekend, the family-friendly atmosphere residents have enjoyed was marred by violence. A video posted to the community Facebook group Moreno Valley Matters shows a fight that broke out among what appears to be teenagers at the park.

The video captured on a cellphone shows two young men confronting and beating another teen. The suspected teens go on to allegedly assault two other teens. The video is now part of the Riverside County Sheriff's Department's investigation.

The violence has some parents rattled.

"If fighting is what they are looking for as parents we are going to grab our kids and say let's go and it is not fair for all these little ones that want to enjoy the park," said Faviolo Becerra.

Abraham De La Cruz, who brought his 7-year-old son to ride his Razor at the skate park, has a different stance.

"Everybody should be able to look out for each other. You don't really need parents around. You need well-minded people like who can stop the situation," he said.

The city of Moreno Valley said its 38 parks are monitored by park rangers and police, but they still rely on residents and visitors to report any criminal activity. The park is also equipped with state-of-the-art cameras which have been used to help investigators with other crimes.