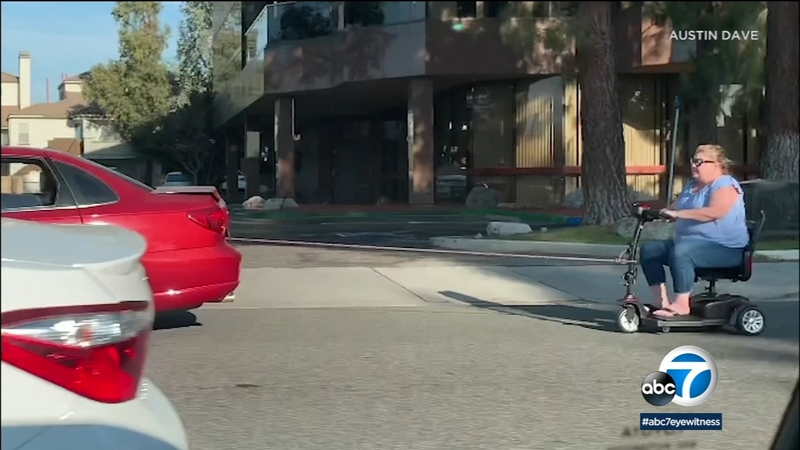 The moment happened in the middle of rush hour traffic on busy Valencia Boulevard Tuesday evening.

It appears a tow strap attaches the car and scooter together.

A witness said the woman was nearly clipped by several cars, but she merely waved them off with her hand and continued down the street.

Several drivers called 911 to report what they saw.