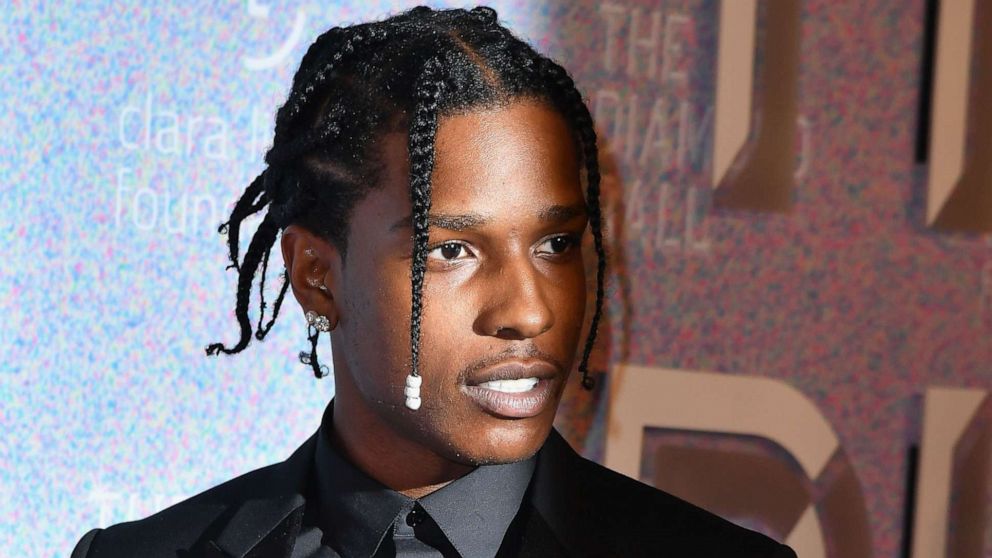 ABCNews
By DEENA ZARU
Rapper A$AP Rocky was convicted of assault but will not face jail time, Swedish prosecutors announced on Wednesday.

The hip-hop star was not present when the verdict was announced. He was facing up to two years in prison.

A$AP Rocky and two of his companions -- performers Bladimir Corniel and David Rispers -- were accused of beating 19-year-old Mustafa Jafari during a street fight on June 30 in Stockholm, where the rapper was visiting as part of the European leg of his tour.

"All three defendants are convicted of assault and sentenced to conditional sentences," the statement said. "The court finds that the defendants were not in a situation where they were entitled to self-defense and that they have assaulted the victim by hitting and kicking him. However, it has not been proven that the defendants struck the victim in the head with a bottle or assaulted him with whole or broken bottles. The victim is awarded damages for violation of his integrity and pain and suffering, but less than he requested. The defendants shall, each based on their financial ability, repay the state for its expenses for public legal counsels."

"In an overall assessment the court finds that the assault has not been of such a serious nature that a prison sentence must be chosen," the statement continued. "The defendants are therefore sentenced to conditional sentences."

A spokesperson for the Swedish court told ABC News on Wednesday that the three men will will have to pay Jafari a combined sum of $12,500 Swedish kronor in fines for damages, which is approximately $1,303.

Ahead of the verdict, A$AP Rocky spoke out about the case during the first performance since his release, where he said that he is "not guilty" and thanked his fans for their support. ABC News reached out to his representatives after the verdict was announced, but a request for comment was not immediately returned.

The rapper and his companions were released on August 2, where they made their return to the United States after being held in Swedish detention for two months.

A$AP Rocky, whose given name is Rakim Mayers, testified at his trial that he and his companions were followed and harassed by Jafari and another man prior to the brawl and that they repeatedly asked the men to leave them alone.

He said that Jafari instigated a fight with the rapper's bodyguard and that they "begged and pleaded" with the two men for a peaceful outcome before they were driven to act in self-defense.

President Donald Trump repeatedly called for the rapper's freedom and lashed out at Sweden's prime minister on Twitter after the rapper was charged last month.

Following the judge's ruling on August 2 that the rapper will be released, Trump posted on Twitter: "A$AP Rocky released from prison and on his way home to the United States from Sweden. It was a Rocky Week, get home ASAP A$AP!."

The rapper's case sparked outrage in the hip-hop community and in Hollywood and even on Capitol Hill, where the rapper's congressman and members of the Congressional Black Caucus rallied to call for his release.
Report a correction or typo
Related topics:
abc newsnational
Copyright © 2020 ABC News Internet Ventures.
More Videos
From CNN Newsource affiliates
TOP STORIES