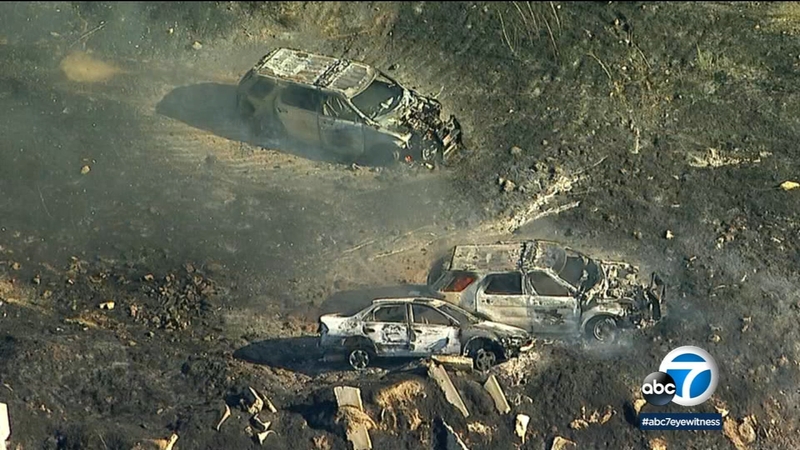 MORENO VALLEY, Calif. (KABC) -- Residents of a Moreno Valley neighborhood were forced to evacuate their homes after a sheriff's chase ended in a crash, igniting a 5-acre brush fire that quickly spread to some homes.

The Riverside County's Sheriff's Department said in a tweet that deputies detained two people following the chase of a stolen vehicle around 4 p.m. Thursday.

The chase ended when a patrol car followed the vehicle through a fence and into a field behind the homes near the intersection of Phyllis and Bay avenues.

The suspects exited the vehicle and attempted to get away and the deputies followed, according to Deputy Robyn Flores.

Dozens of homes were evacuated as Cal Fire Riverside firefighters worked to put out the flames.

There were no injuries reported.
Those evacuated were being directed to Towngate Elementary School.

#MorenoValley
Towngate Elementary School (22480 Dracaea) will be the evacuation site for the fire in Moreno Valley. Updates to follow as more information is obtained. Please stay out of the area - Bay Avenue between Grant and Ellsworth. https://t.co/nIVUPtCEEw