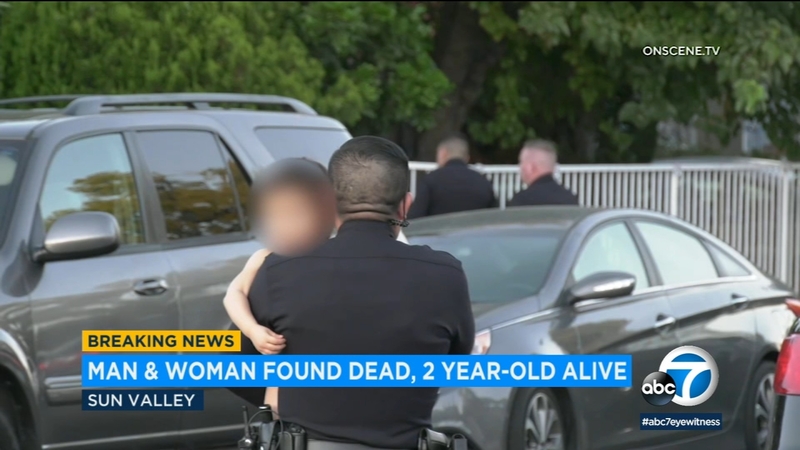 SUN VALLEY, LOS ANGELES (KABC) -- A man and woman were found dead inside a home in Sun Valley in what appears to be a murder-suicide, police say.

A 2-year-old child was also found, unharmed, inside the home.

Police say a report of multiple shots fired was made around 7 p.m. in the 11000 block of Covello Street.

When officers arrived, they found a woman in her late 30s who had been shot multiple times. A man in his 60s had been shot once. Police say it appeared he shot the woman before turning the gun on himself.

Police believe the two were the parents of the little girl. She was found safe inside a playpen in the home.

"She was safe when the officers responded," said Lt. Mike Kodak with the Los Angeles Police Department. "She was in a safe playpen with toys. ... She didn't seem to know what was going on, obviously at that age."