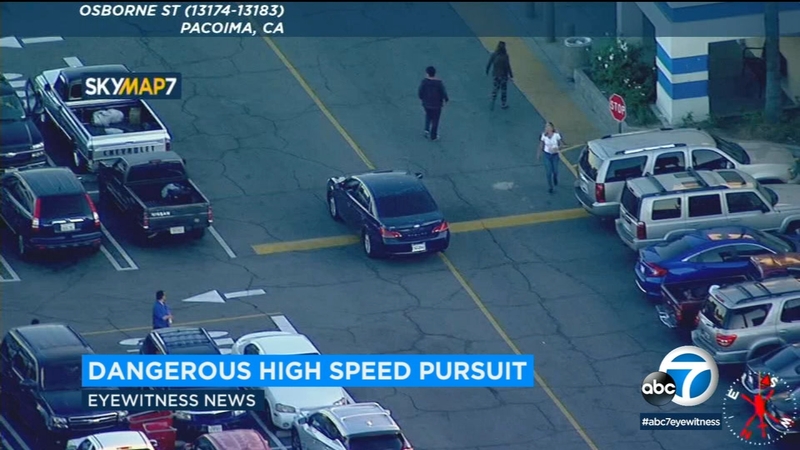 Suspects could be seen throwing things from the vehicle.

The Los Angeles Police Department called off the chase at one point deeming it too dangerous to continue, but picked it up again shortly after.

Air7 showed video of the driver stopping twice to let passengers out. They could be seen running away from the vehicle.

The chase reached speeds of over 80 mph and the driver drove against traffic multiple times. The driver sped through a number of parking lots including one at a crowded Target store.

The initial call was about a man with a gun.

The suspect came to a stop and exited the car in Pacoima where he surrendered without incident. No injuries were reported.
Report a correction or typo
Related topics:
pacoimalos angeleslos angeles countycrimelapd
Copyright © 2021 KABC-TV. All Rights Reserved.
More Videos
From CNN Newsource affiliates
TOP STORIES