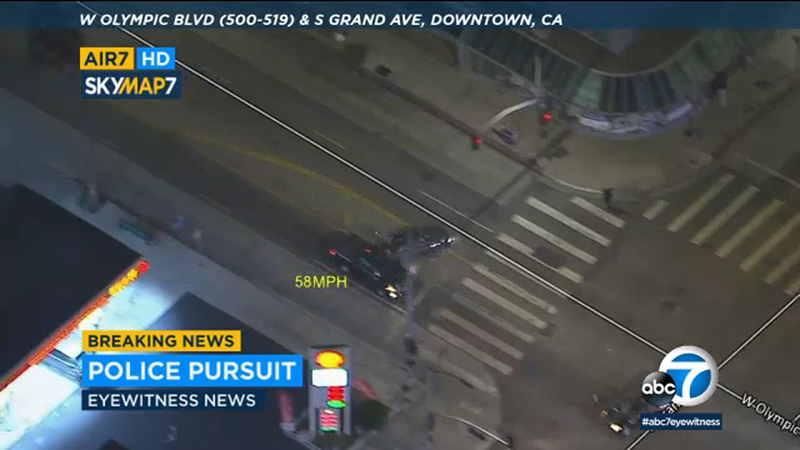 DOWNTOWN LOS ANGELES (KABC) -- A high-speed police pursuit on surface streets came to a crashing end after the vehicle the suspect was driving was clipped by another vehicle at an intersection in downtown Los Angeles Monday night.

Los Angeles police were in pursuit when a vehicle clipped the suspect's vehicle at the intersection of W. Olympic Boulevard Grand Avenue shortly before 11:20 p.m.

After the initial crash, the suspect's car slammed into another nearby vehicle and spun out. Multiple LAPD vehicles gathered in front of the suspect, who surrendered. Two suspects in the vehicle were arrested.

The suspect was going at high speeds on surface streets before the crash.