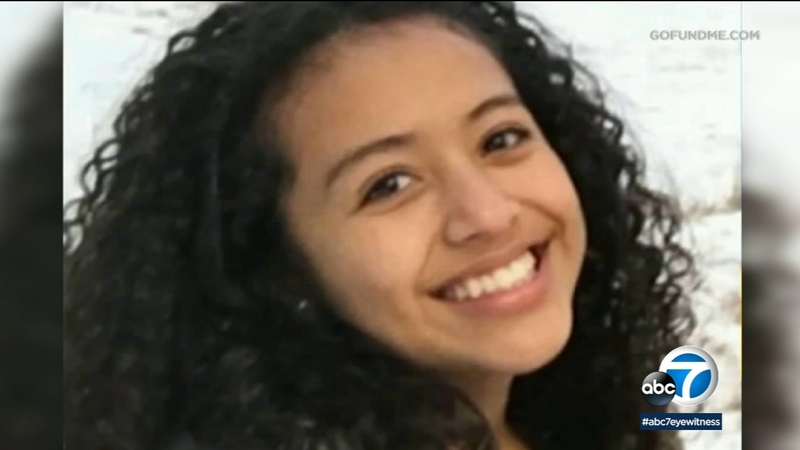 LYNWOOD, Calif. (KABC) -- Saturday is three years to the day that 16-year-old Danah Rojo Rivas was gunned down in the back seat of her family's car.

Investigators said she was an innocent victim caught in gang gunfire. The deadly violence erupted as the family was returning home from church in Lynwood.

"Since she left, life has been hard. This day is the anniversary that no one wants to celebrate..the loss of a child," said Sandra Rivas, Danah's mother.

"It used to hurt me when I saw these cases on TV now it's me talking about it - asking people to step up and be brave...give a quick call...give any hint that can help," said Sandra.

As the search continues for the teen's killer, her family is once again pleading for the public's help tracking down the suspect.

"Two cars passed by - they happened to be in some sort of altercation between them and a stray bullet came through and hit her and killed her," said Deputy Ed Luna of the Los Angeles County Sheriff's Department.

The fatal encounter was caught on camera. The suspect vehicle is described simply as silver or grey sedan, possibly a Ford Taurus.

Teachers said Danah, who played softball at Gardena High School, was a standout athlete and student.

Her grieving mother prays her daughter will finally get the justice she deserves.