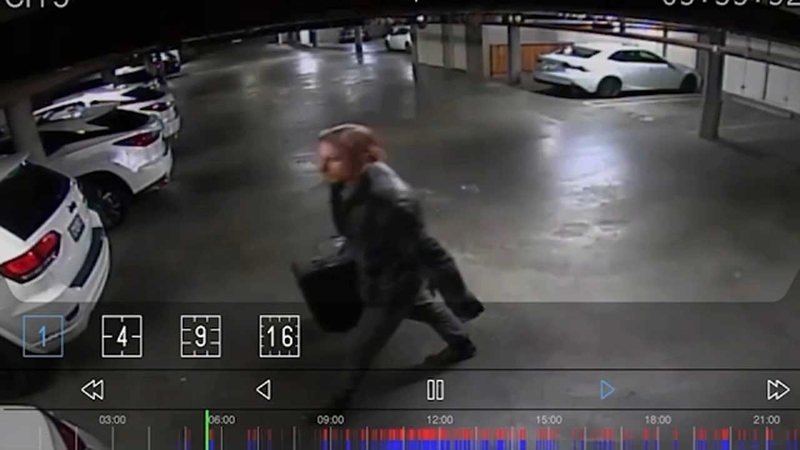 WEST LOS ANGELES (KABC) -- Surveillance video from an apartment complex on the 11000 block of Dorothy Street in Brentwood allegedly shows a man walking through the building's parking garage last week before leaving with a cart full of stolen property.

"You could tell he had an M.O.," said Brentwood resident Kelly McWilliams, who is one of at least three or four victims at her complex. "He knew that coming in at 5:30 in the morning is a very bold time to be breaking and entering. That's when people are going to work, going to the gym, etc. He knew I think that carrying a briefcase, he wasn't going to look as suspicious."

"I feel violated," she said. "It's a little eerie. It's a little nerve wracking to think, what if I did walk in, caught him in the act."

Los Angeles police are searching for the suspect who was caught on surveillance video breaking into mailboxes at a condominium complex and stealing the prime pieces.

She says she posted the video to the Nextdoor app and realized her apartment complex wasn't the only one that's been hit in the area.

"From doing that, I've had responses from other individuals in the same neighborhood that have sent back photos of the same gentleman doing the same thing," she said.

About five miles away, closer to West Hollywood, surveillance video captured another suspect at a condo complex on the 100 block of South Doheny Drive who went straight to their mailboxes, sorting through the stolen mail and putting it inside a bag. Residents there believe he had a master postal key.