KABC
LONG BEACH, Calif. (KABC) -- A good Samaritan and two California Highway Patrol officers are being credited with saving the life of a sea lion pup from the middle of the 710 Freeway in Long Beach.

The officers responded to a call of an animal in the lanes of the freeway at Willow Street on Friday. When they arrived, they spotted the pup trying to cross the road, according to the CHP South Los Angeles division.

A passing driver had stopped and called 911. Using a snare and a blanket, the pup was rescued. 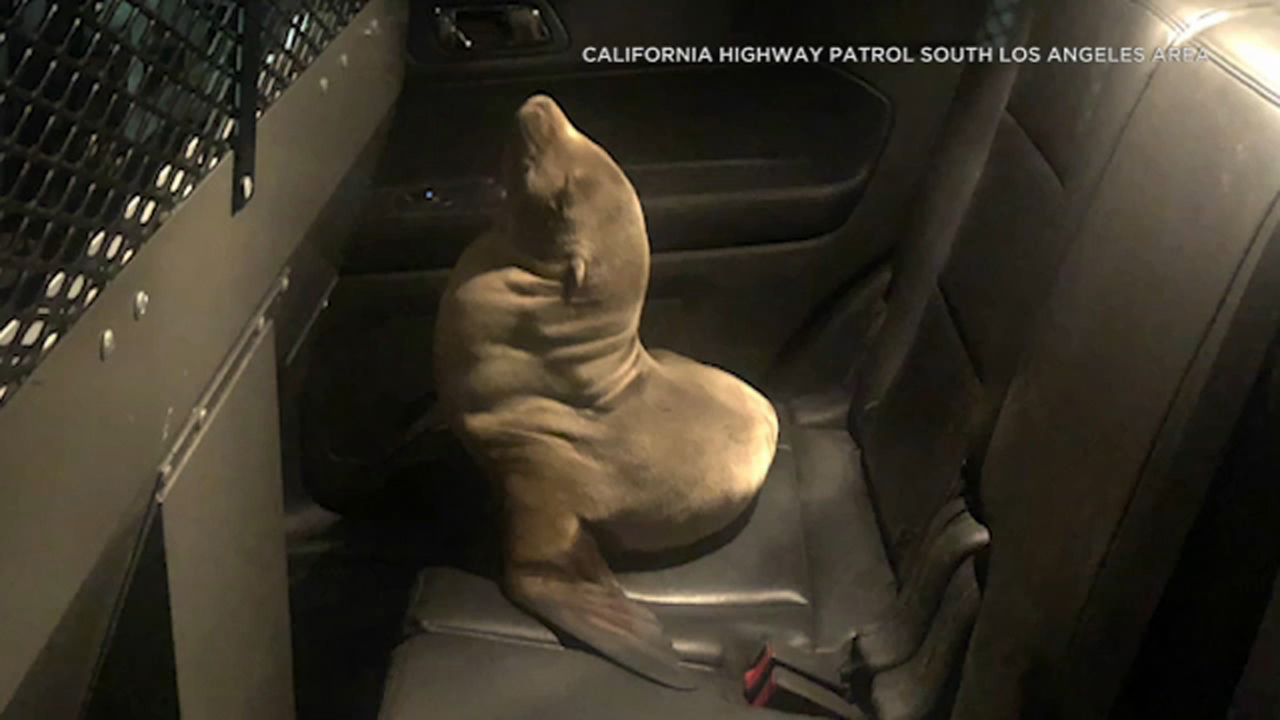 A good Samaritan and two California Highway Patrol officers are being credited with saving the life of a sea lion pup from the middle of the 710 Freeway in Long Beach.

"Using a few officers, we were able to corral the seal onto a blanket and get him into a patrol car, which he seemed to enjoy," said Officer Adam Phillipson.

The pup was initially left with Long Beach Animal Control but was later transferred in stable condition to the Marine Mammal Care Center in San Pedro. Officials say she will be rehabilitated and released back into the ocean, adding that mother sea lions are often separated from their young as they are forced to go further in deeper or colder waters for fish.

"This results in an increase in separations of babies and their moms and when they are hungry and dehydrated they can become disoriented and end up just about anywhere looking for help," the center said on Facebook. The care center is accepting donations to keep operating for another fiscal year.
Report a correction or typo
Related topics:
pets & animalslong beachlos angeles countyanimals in perilchpanimal rescuecute animalssealfreeway
Copyright © 2020 KABC-TV. All Rights Reserved.
More Videos
From CNN Newsource affiliates
TOP STORIES