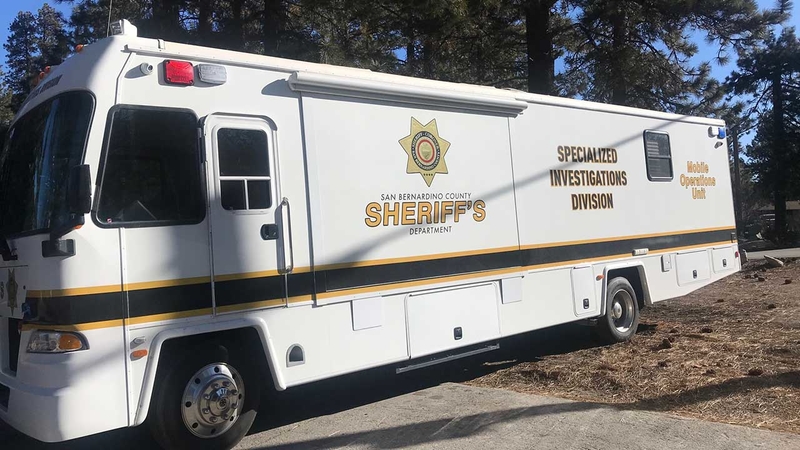 BIG BEAR LAKE, Calif. (KABC) -- Homicide detectives are investigating the deaths of two people found on a trail near Big Bear Lake who have been identified as a missing couple - a man from Big Bear and a woman from Santa Ana.

The two have been identified as Paul Arthur Stockwell Jr., 29, of Big Bear and Ria Gabriella Williams, 27, of Santa Ana.

The San Bernardino County Sheriff's Department said Williams' vehicle was found in a parking area of Cougar Crest Trail in Fawnskin Monday at 2:18 a.m. Additional help from a K-9 unit was called in and deputies searched the area, finding the two bodies about a half-mile into the forest by around 1:30 p.m.

The missing persons reports did not provide any reason to suspect foul play, officials say.

Their causes of death were under investigation, but due to the circumstances, the case is being treated as a homicide.