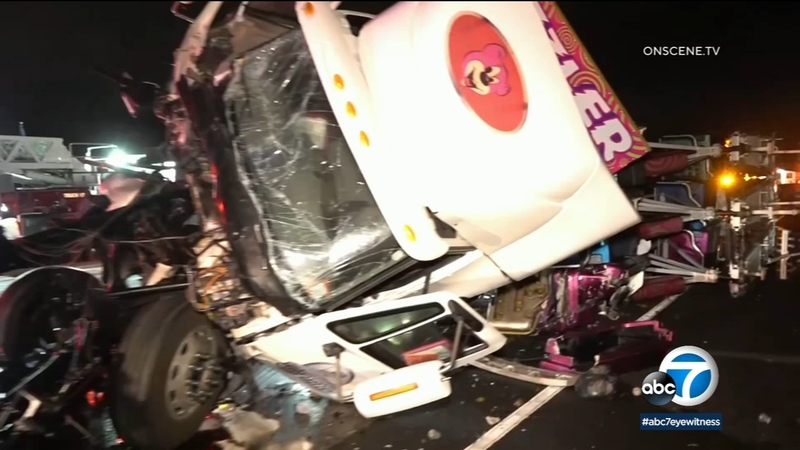 LONG BEACH, Calif. (KABC) -- A crash involving an overturned semi-truck hauling a carnival ride shut down the southbound lanes of the 605 Freeway for hours in Long Beach Tuesday morning.

Hazmat crews were called to the scene after a large oil and gas leak was reported following the crash.

The driver of the semi-truck was OK and did want medical treatment, while one patient in a BMW was transported to a trauma center, according to authorities.

Video from the scene showed the BMW vehicle with extensive front-end damage and the semi-truck on its side.

It appeared the semi-truck was carrying a carnival ride in the back of the trailer.

All southbound lanes were shut down, and California Highway Patrol said traffic was being diverted off at Spring Street.