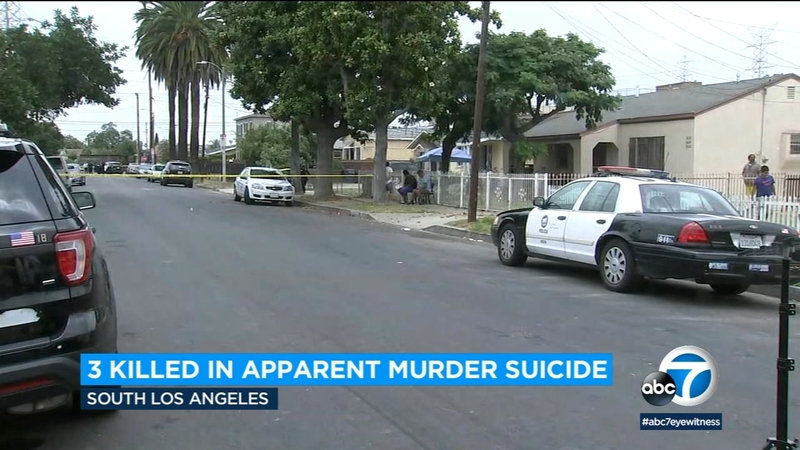 WATTS, LOS ANGELES (KABC) -- A man and his two young daughters were found fatally shot Wednesday morning at a home in Watts, authorities said, in an incident that was being investigated as a murder-suicide.

Officers and firefighter-paramedics responded about 8:15 a.m. to the 9200 block of Success Avenue, where the girls were pronounced dead, said Officer Norma Eisenman of the Los Angeles Police Department.

The man was transported to a hospital, where he died, according to Eisenman.

The Los Angeles Fire Department said the girls were ages 4 and 6.

None of the deceased were immediately identified.