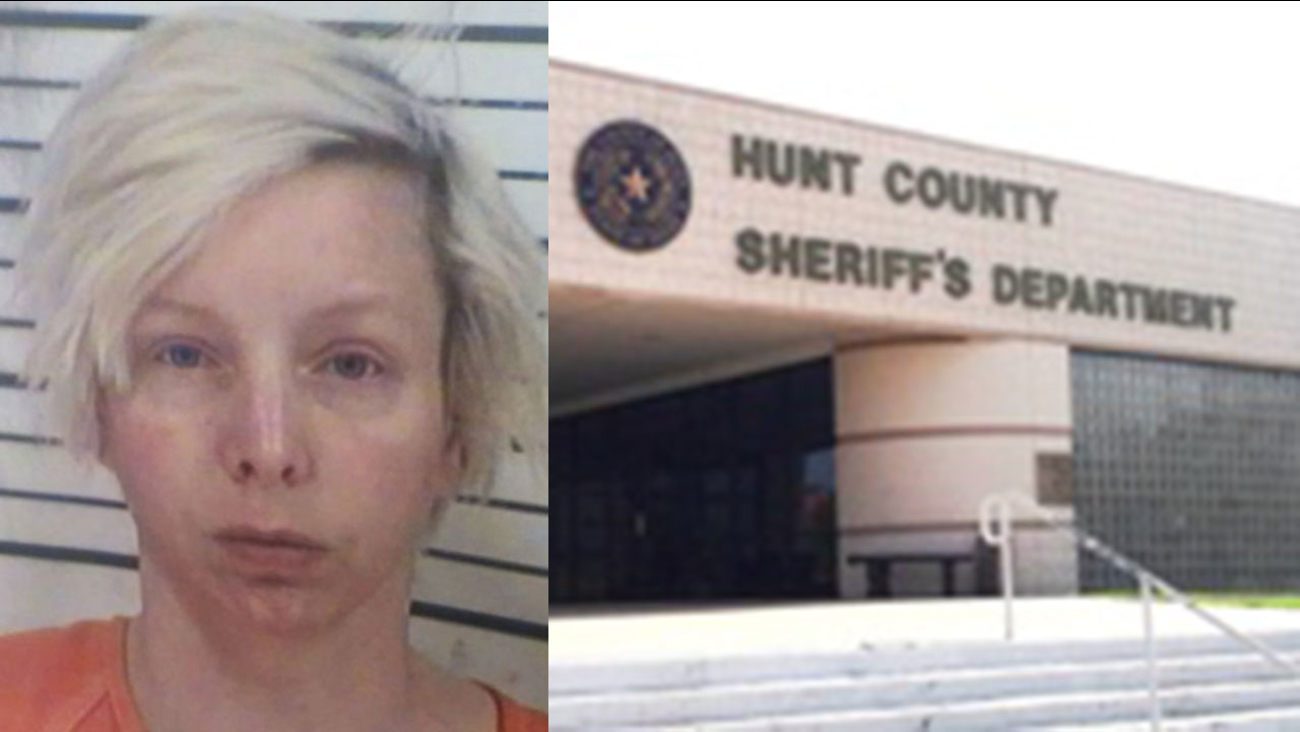 QUINLAN , Texas -- A video has emerged online that appears to show the beating of a decorated Air Force veteran who was nine months pregnant.

Woman says she was assaulted by deputies when pregnant http://t.co/B12RtXPRwz via @wfaachannel8

Deanna Robinson, 38, said she was nine months pregnant when she was arrested during a child abuse investigation at her parents' home. Surveillance video from the home only records in 30-second intervals. The short clip posted online appears to show Robinson pressed stomach-first against a counter, then a deputy striking her back.

"I'm positioning myself in front of my child as the officers are screaming, 'There's the kid. Grab him,'" Robinson told WFAA.

Robinson was arrested on charges of assault on a public servant, resisting arrest and interfering with child custody. She spent nearly a week in jail.

Police went to the parents' home on March 4 because a teacher reported that a student -- Robinson's 9-year-old stepson -- told the teacher about an incidence of domestic violence in his home, ABC affiliate WFAA reports.

The 9-year-old, who has cerebral palsy and is in a wheelchair, is the oldest of Robinson's three stepchildren. She also has a toddler.

Robinson and her children went to stay at her parents' house after a shoving match between her and her husband, she told WFAA, adding that they have a turbulent relationship.

She is an Air Force veteran, having served on active duty 2001-2005. While in Iraq she helped drag soldiers from a burning plane, for which she received the Airman's Medal.

The baby was born March 15, after Robinson had been released from jail, and is with Robinson's parents. The other children are with Child Protective Services.

This is Robinson's baby that was born about a week after her release from jail. pic.twitter.com/rN19Z7lMKK

A Facebook page called "Hunt County Sheriffs Office" which was created in mid-March was bombarded with negative reviews after the video surfaced, with social media users commenting about a lack of accountability in the police department.

Hunt County Sheriff Randy Meeks said that an investigation was underway, according to WFAA. It will determine whether the deputy, Josh Robinson, (not related to Deanna Robinson) was at fault.

"I have requested that the Texas Rangers conduct an independent investigation into this incident in the interest of transparency and preserving public confidence in the Hunt County Sheriff's Office," Meeks said. "I believe before judgment is rendered the whole truth needs to be examined."

Meeks said it appears in the video that the woman is reaching for the deputy's gun.