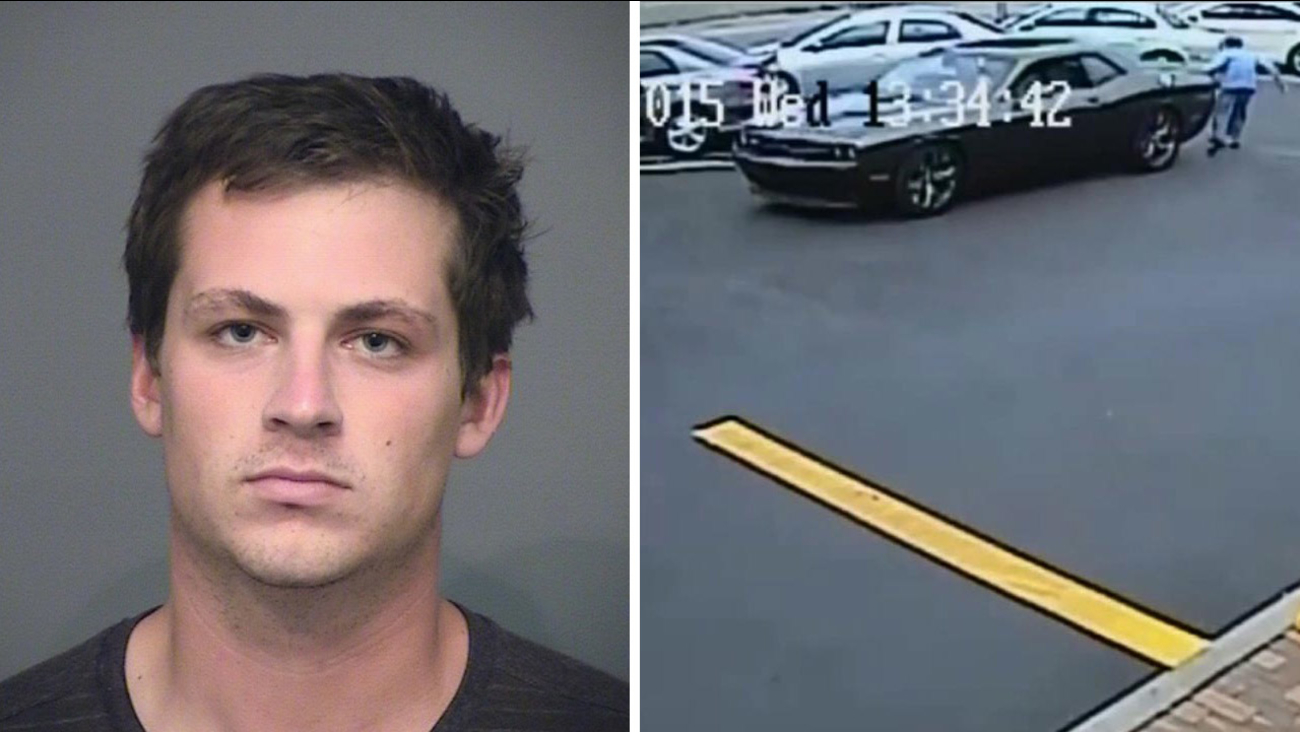 Taylor Kirby, 24, of Signal Hill is shown in a booking photo alongside surveillance footage of him allegedly backing his car over an elderly woman on Wednesday, April 20, 2015.

The female passenger has not been identified, but she may face charges depending on the outcome of the investigation.
Related topics:
huntington beachorange countyhit and runarrestorange county newssurveillance cameracaught on camera
Copyright © 2020 KABC-TV. All Rights Reserved.
RELATED 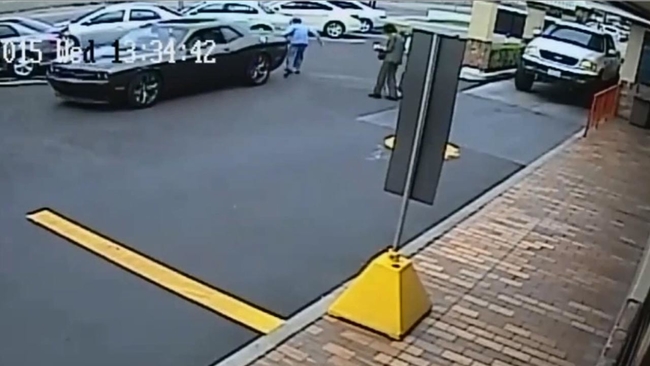