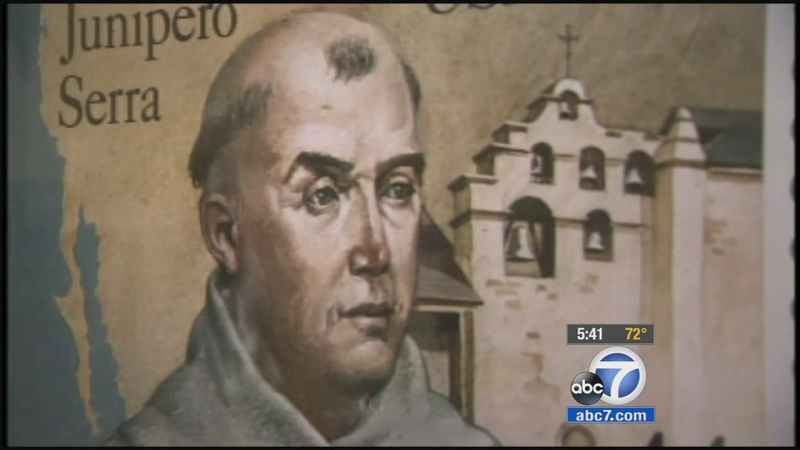 ROME (KABC) -- Pope Francis is expected to canonize an 18th-century Franciscan friar who founded the first nine Spanish missions in California, despite backlash from the Native American community.

Father Junipero Serra, who died in 1784, "ushered in a new springtime of evangelization in those immense territories, extending from Florida to California," Francis said. The Vatican sees Serra as a role model for the growing U.S. Hispanic Catholic population.

"To canonize Junipero Serra is to canonize the genocide against us as indigenous people," said Citlalli Anahuac with Mexica Movement, which has held several protests at the Archdiocese in Los Angeles.

"His job was to kill the indigenous people, who we were as a people, and instead revive us as Christians," Anahuac added.

Members of the Archdiocese were in Rome holding meetings about Serra, his treatment of indigenous people and his canonization.

In a statement, they said they're grateful for the pope's decision and that Serra was "a holy man who brought the good news of God's love and mercy to the Americas. He was also a strong protector of the Native peoples."

Pope Francis is expected to make the missionary a saint during his visit to Washington, D.C., on Sept. 23. Members of the Mexica Movement plan to attend and protest the canonization ceremony. 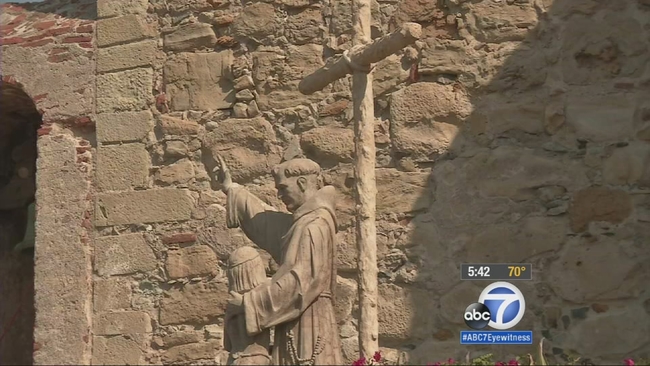