ECHO PARK, LOS ANGELES (KABC) -- A 15-year-old boy was reported brain dead Sunday afternoon, two days after being struck by a car in an unmarked crosswalk in Echo Park, according to hospital officials.

Christian Donis and his cousin 13-year-old Adam Donis were hit at about 10 p.m. Friday at Montrose and Alvarado streets. The driver of the vehicle, a man in his 20s, fled the scene and has since been arrested.

Police say one of the teenage boys tried to pull back the other when he saw the car coming, but it was too late. The impact of the crash severed one of their skateboards in half. 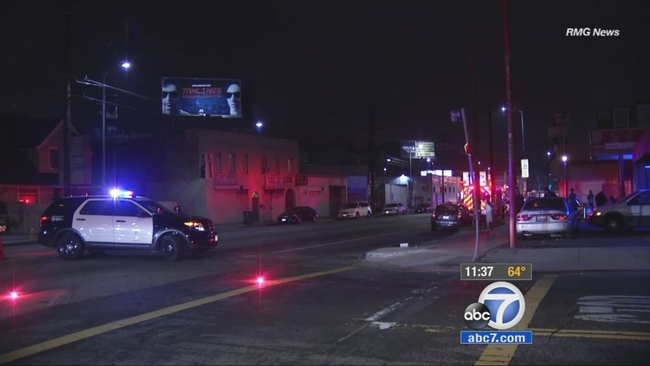