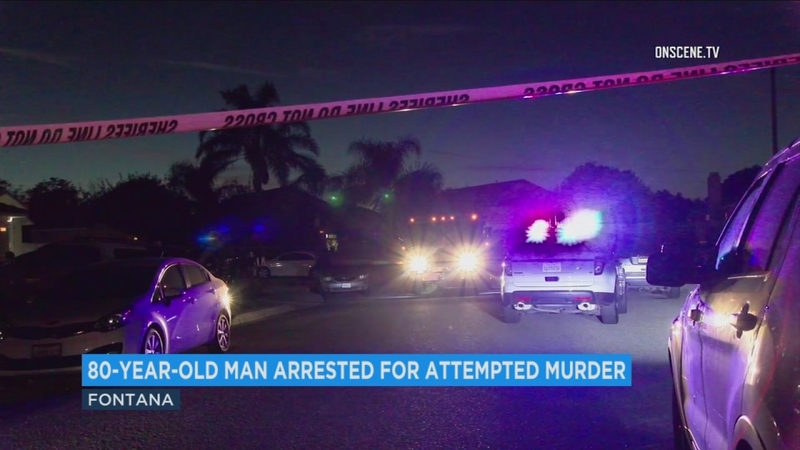 FONTANA, Calif. (KABC) -- An 80-year-old Fontana man was arrested and booked for attempted murder after allegedly shooting and wounding another man during an argument on Thanksgiving.

San Bernardino County sheriff's deputies responded to a call of a shooting at a home in the 14200 block of Upas Court, in unincorporated Fontana, shortly before 5 p.m.

When they arrived, they found 63-year-old Lydell Gordon in the backyard of the home, suffering from apparent gunshot wounds.

Detectives soon determined that the homeowner, Wallace Thomas, and Gordon were involved in an argument when Thomas allegedly shot Gordon.

Gordon was transported to Arrowhead Regional Medical Center, where he was treated for traumatic injuries, sheriff's officials said.

A firearm belonging to Thomas was later recovered during a search warrant of his home.

Thomas was arrested and booked at West Valley Detention Center for attempted murder.