'My competitive talons are out!' Two dances, two eliminations on 'Dancing with the Stars' semi-finals

'I know how much it means to everybody:' Six semi-finalists battle it out to make it to the season 29 finale.
OTRC
By George Pennacchio 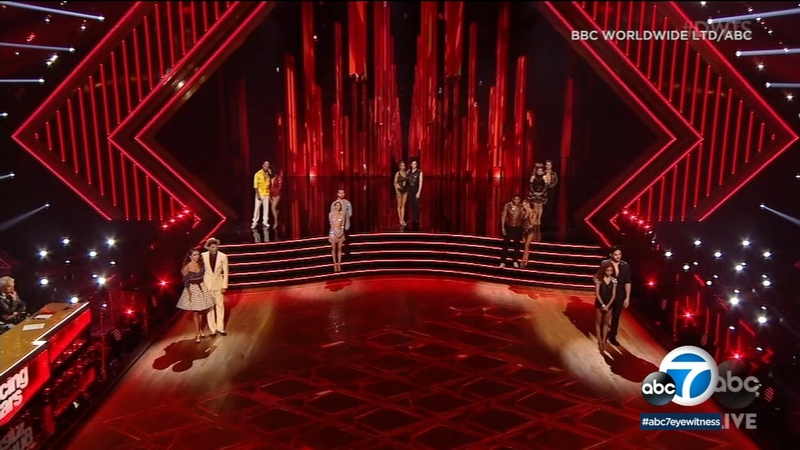 'Dancing with the Stars' season 29 semi-finals

HOLLYWOOD -- The "Dancing with the Stars" semifinalists will have to survive two dances *and a double elimination if they want to make it to the season 29 finale. The stars let us know how it feels to come this far in the competition.

"It would be so, so great to bring that trophy home," said Nev Schulman.

"My competitive talons are out!" said Johnny Weir.

The six celebrities who've made it to the semi-finals of Season 29 on 'Dancing with the Stars' are so close to that mirror ball trophy they can almost reach out and touch it.

"Obviously, you want to win," said Nelly. "You put in so much work and things of that nature. But I mean, to be honest, you know, I want to do it for my partner. Man, she wants this, she believed in me, she believed that I can do it. She believed we would be here even before I believed, you know what I'm saying?"

"It's kind of unbelievable. I didn't think this far. You know?" said Justina Machado. "I mean, I thought yes, I'm gonna try my best and do my best. And I'm really proud of myself. That's what I feel, really, is I'm proud of myself."

"I've had an up and down journey. But I've been working really, really hard," said Skai Jackson. "I feel like my last few performances have also showed that and I'm really dedicated. I'm passionate. I'm really driven. And this is something that I want to do. And I want to make it to the finale. And I hope I can make it there."

"I'm a true cheerleader for everybody," said Weird. "I want to beat them all, but I will hoot and holler because I know how hard it is and I know how much it means to everybody.