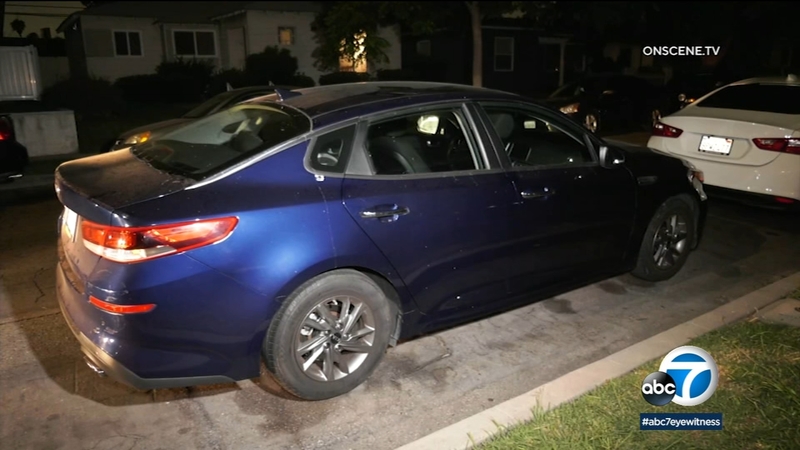 LONG BEACH, Calif. (KABC) -- A reported shooting in Long Beach that left two bullet holes in a woman's car on Monday night was only the latest in a string of similar incidents on the 91 Freeway.

The woman, who declined to be publicly identified, said she was driving westbound on the freeway near the 710 Freeway interchange about 11:30 p.m. when a person in a gray Honda opened fire on her blue Kia Optima.

The woman said she heard a popping sound and initially thought perhaps one of her tires had blown out. But after she arrived home she found the bullet holes, located disturbingly close to one of the car's windows and a car seat that was inside.

She said she was thankful that her young nephew was not in the car with her at the time of the shooting.

"I was so surprised, because I literally -- I didn't even think anything of it, because it wasn't like we were arguing or anything," she said, referring to the shooter in the Honda, which had tinted windows. "I just heard a noise and I was just like, it was something wrong with my car.

The suspects in the fatal shooting of Aiden Leos, Marcus Anthony Eriz and Wynne Lee both of Costa Mesa, are expected to appear in court Tuesday.

"I did not expect that anybody would be shooting at my car," she added. "I'm just coming home from work. It was just so unexpected."

California Highway Patrol officers met with the woman, examined her vehicle and filed a report. Officers also conducted a sweep of the 91 Freeway between Atlantic Avenue and the 710 Freeway, the CHP said.

Whether any of the recent shootings are connected remains unclear.