The WB 91 Freeway through Corona will be closed this weekend. Here's what you need to know 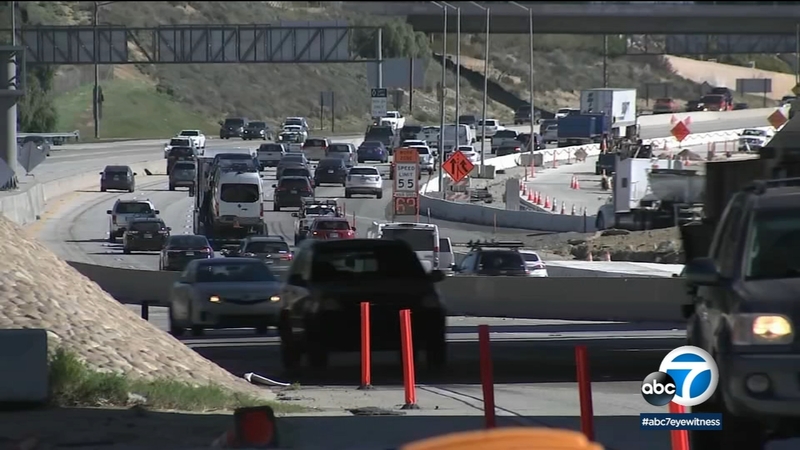 CORONA, Calif. (KABC) -- The 91 Freeway through Corona is known for heavy traffic, especially during rush hour. But for drivers who aren't prepared for a major freeway closure this weekend, it could be even worse.

The westbound lanes will be completely shut down starting Friday at 10 p.m. through Monday at 5 a.m.

The closure will only impact about a 1,000-foot stretch of the freeway, but considering how many people use that route to get to Orange County, the impact could be significant.

"It's awful," said Norma Esquivel, of Corona. "(Drivers) can't get home. They can't go to work. That's the main freeway that they use."

The Riverside County Transportation Commission said its work that must be completed to meet the demands of drivers who use the FasTrak Express lanes.

"There has been quite a lot of interest in having that direct connection (to the north)," said Cheryl Donahue, spokesperson for RCTC. "We do hear it from the public regularly, especially from people in Norco, Eastvale and Jurupa Valley."

The original plan was for the closure to occur last weekend, but it was canceled due to a powerful Santa Ana wind event that hit the region. A wind advisory is in effect until Friday afternoon. Project organizers are hopeful the advisory will expire by the time the project begins Friday evening.

"We have been keeping an eye on the forecast for this weekend," said Donahue. "The winds are picking up a little, but it looks like they'll stay within the tolerance that we have to able to do the work, so we're planning to move full speed ahead."

The RCTC is recommending several detours for drivers attempting to pass the construction zone.

Drivers heading west on the 91 Freeway from Riverside will be allowed to access the 15 Freeway at the closure. From there, they can head north to Hidden Valley Parkway, turn around and head back south, and access the 91 Freeway to the west.