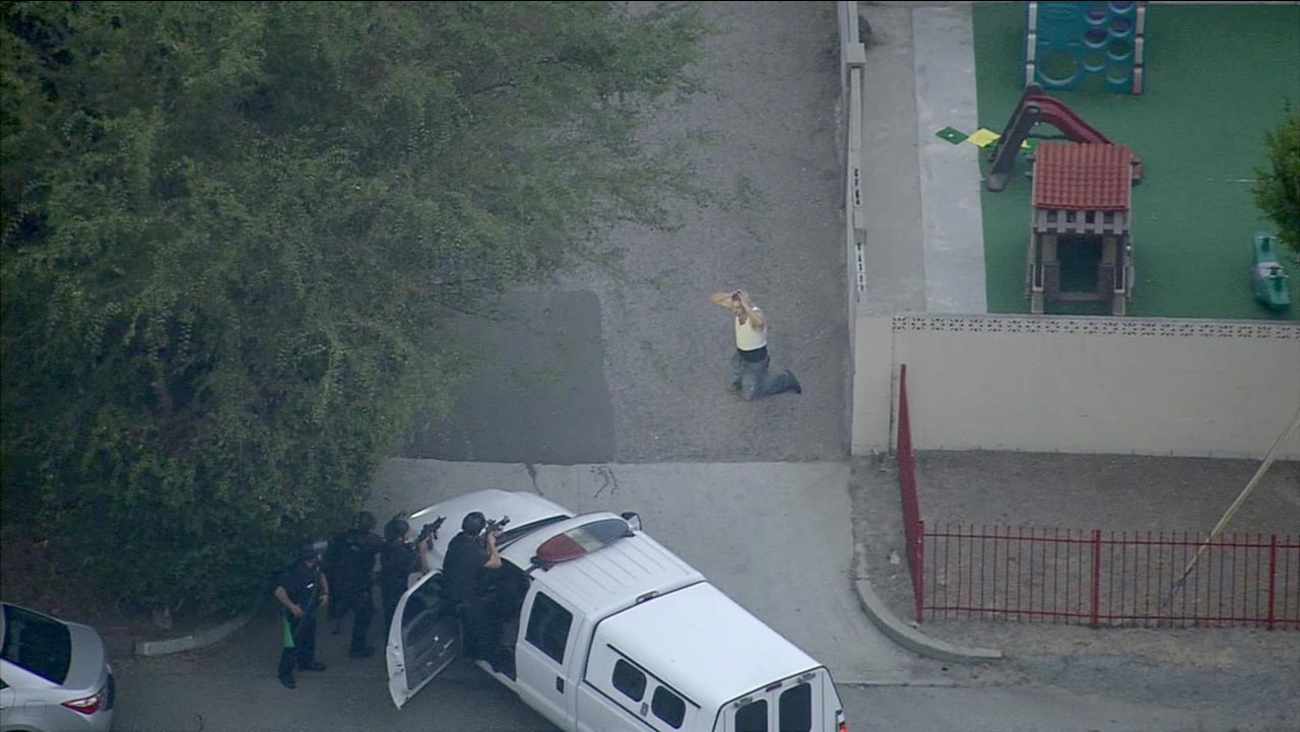 One of four suspects taken into custody following a chase is shown on his knees in North Hollywood on Friday, Aug. 7, 2015. (KABC)

According to Los Angeles police, the suspects possibly tried to rob a gas station early Thursday morning. When officers arrived on scene, the suspects fled and a chase ensued around 3:30 a.m. just off Laurel Canyon Boulevard south of Burbank Boulevard.

The pursuit ended seconds later near Rhodes Avenue north of Chandler Boulevard when the suspects crashed their car into a curb.

Two of the suspects were taken into custody following the crash, but two fled on foot. Police said one was armed with a handgun.

Officers used K-9 support to track down the suspects. The armed suspect came out from an unlocked carport or detached garage and pretended to be a resident, but officers took him into custody.

The second and last suspect was also tracked down and taken into custody shortly before 7 a.m. The last suspect was injured after suffering a bite wound from a K-9.
Related topics:
north hollywoodlos angelespolice chasearmed robbery
Copyright © 2020 KABC-TV. All Rights Reserved.
More Videos
From CNN Newsource affiliates
TOP STORIES