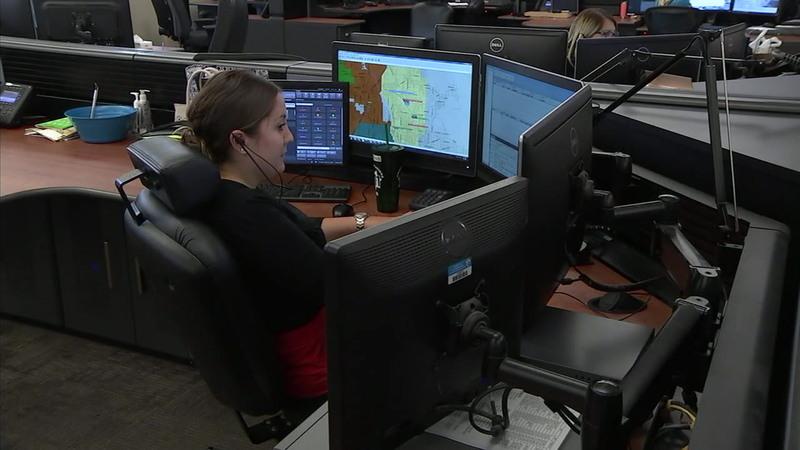 Tuesday morning, the Barstow Police Department determined that its dispatch center was not receiving emergency calls made to 911.

The same thing was said to be happening with the San Bernardino County Sheriff's Department and the California Highway Patrol in the area, according to Jodi Miller, the sheriff's department's public information officer.

Barbara Quezada noticed that the dispatch center was quiet and knew something was wrong. Dispatcher Angela Haddad said Quezada made the rounds during a shift change and that's when she noticed.

It's unclear why the outage happened, but something similar happened a couple of weeks ago in the high desert area after someone stole about a half-mile's worth of fiberoptics.

"Frontier had a theft of some of their equipment. Right now it is too soon for us to know if that is the case today, but hopefully not. It is a priority for them to get us back up and running," Haddad said.

It's unknown how many people were impacted, though officials said at the very least, it's affecting people from the 138 Freeway all the way up to Barstow, as well as Fort Irwin.

If you are in the Barstow or High Desert area we are experiencing technical issues with 9-1-1. If you have an emergency dial 760-956-5001 or Text to 911. Social media is not monitored for emergencies.@BarstowSheriff @HesperiaPolice @VictorvillePD @AppleVllyPolice pic.twitter.com/9mZDCqhV9A