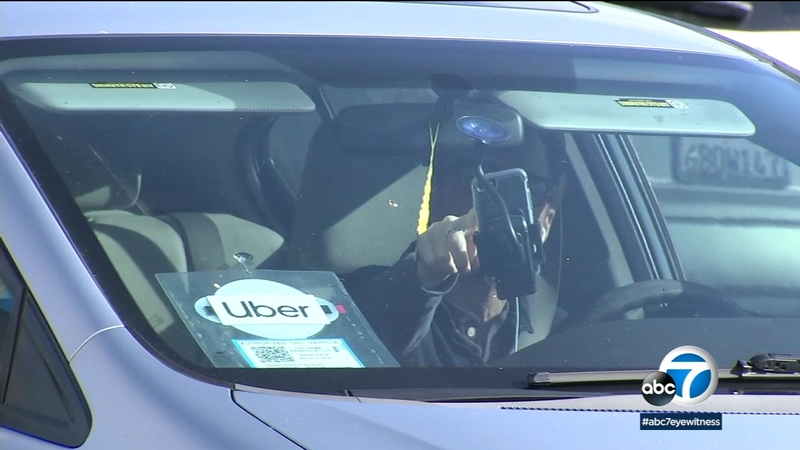 LOS ANGELES (KABC) -- A new California law going into effect on Jan. 1 will make it harder for companies to treat workers as independent contractors.

Drivers who work for ride-sharing companies, delivery service drivers, construction workers and numerous other so-called gig workers may be impacted by AB5.

"For these workers who are working in these fields, they're denied the right to minimum wage, to overtime, workers' compensation, unemployment insurance," said Assemblywoman Lorena Gonzalez.

Gonzalez wrote the bill, which puts tough restrictions on who can be considered independent contractors. Companies that don't meet the standards will have to treat freelancers as employees entitled to benefits.

"It'll be very clear who is an employee and who is not and that's what we're trying to establish here," Gonzalez said.

"The main benefit I get from driving ride-share is I command my own schedule," he said. "I decide when I'm going to work, when I'm not going to work."

Kinney says he has no interest in becoming an employee.

"If they're going make people employees, those two companies are not going to coordinate between the two of them, work out a schedule that's going to work out for me, so it's going to be a big hit on my income," he said.

"It costs the state about $7 billion a year when companies misclassify workers."

Ride-share companies promise to fight back, putting $100 million behind a measure that would exempt them from the new law.

The lawsuit was filed in court Monday and argues that the law set to take effect Wednesday violates federal and state equal protection and due process guarantees.

The law creates the nation's strictest test by which workers must be considered employees and could set a precedent for other states.